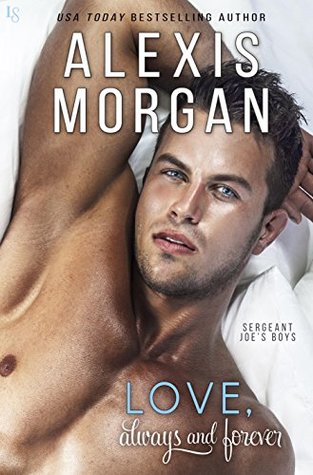 Number of pages: Not stated (this is a first….lol)

As a child, Mikhail Wanjek couldn’t save his drug-addled mother; as a young man, he left a promising military career because he couldn’t defend the innocent victims of war. When Mikhail’s feeling like a failure, not even the love of his adoptive parents and loyal brothers can console him. But after he volunteers to help his beautiful brunette neighbor install a fence around her yard, Mikhail begins to heal. He wants to shield her pure, unabashed lust for life from the darkness including his own.

Successful heart surgery has allowed Amy Short to finally set out on her own, apart from her loving but overprotective family. Now she’s experiencing new thrills with the chiseled fireman next door, from riding on the back of Mikhail’s Harley to late nights full of passion. Still, he refuses to open up emotionally, and with Amy’s history, she’s not willing to wait around for Mikhail to change. What she needs to do is show him that together they can build something that will last forever.

Mikhail Wanjek is a tortured soul. He has never forgiven himself for leaving his heroin-addicted mother alone on the day that she overdosed. He was 10 years old when she died and always felt that if he had stayed home from school that day, that she would be alive. His guilt over that carried over to when he was in the Marines and saw combat. After leaving the service, he went into being a firefighter…..where he agonized over not being able to save victims from the fires he put out.

Amy Short is a survivor. Born with a heart defect that severely impacted her childhood, she got surgery that fixed it. Wanting to prove her 4 older brothers and her parents that she is better and can survive on her own, she buys a house over an hour away. That house just happens to be next to Mikhail.

They meet on when Amy goes over to introduce herself to a very sleepy Mikhail. He had just finished a shift at work and was sleeping when she brought over a plate of brownies. She also wanted to ask him if she could tear down his part of the fence and replace it with a new one because she is adopting a puppy and wants to make it safe for him.

To say that they were attracted to each other off the bat is an understatement. But Mikhail is battling some dark demons. He has PTSD, which manifests in terrible nightmares and bouts of uncontrollable anger. While he really likes Amy, he feels he can’t offer her anything but friendship….which made me really sad for him.

Amy, herself, isn’t on the up and up with Mikhail either. She is extremely stubborn and refuses to tell him about her surgeries or heart condition. She wants more than friendship (which she hilarious makes her point with cookies with kisses inside of them) but doesn’t press him for further because not only can she sense that he is troubled but she doesn’t want him seeing her scars.

The chemistry between Amy and Mikhail was a slow burn. I loved that the author made them have a friendship first before they had sex. And the first time that they did…..oh boy was it burning hot. They also used safe sex (hooray….lol.!!)

Amy, I felt, went overboard to show her parents how independent she can be. To the point where she limited her phone calls to one day a week and never invited them to her house. I thought it was overkill but in hindsight, after reading how freaked out her parents/brothers got whenever she wanted alone time…I think she did the right thing.

Mikhail sent to many mixed signals to Amy in the beginning so I was glad when he decided to throw her in the friend zone. Not that he was happy about it (see what I wrote above) and not that it worked. I do wish that he came to the realization and read Joe’s letter sooner than later. Because it would have done him a world of good, I think.

I was a little disappointed in the ending. It seemed rushed to me. I did like the epilog, though, and I would love to see books written about Amy’s brothers’ who are single.

How many stars will I give Love, Always and Forever: 3

Why: While I liked the story, I felt the ending was rushed and it was a little unrealistic with how overprotective Amy’s parents and brothers are. Other than that, I really liked the book.