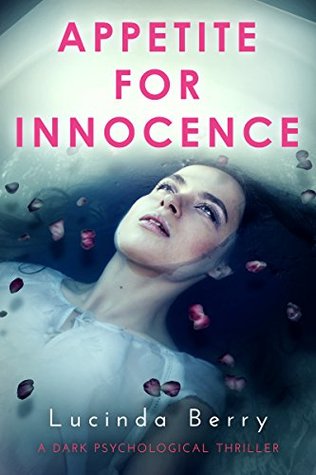 A serial rapist is kidnapping teenage girls. But he’s not interested in just any teenage girls—only virgins. He hunts them by following their status updates and check-ins on social media. Once he’s captured them, they’re locked away in his sound-proof basement until they’re groomed and ready. He throws them away like pieces of trash after he’s stolen their innocence. Nobody escapes alive.

Ella risks it all to escape, setting herself and the other girls free. But only Sarah—the girl who’s been captive the longest—gets out with her. The girls are hospitalized and surrounded by FBI agents who will stop at nothing to find the man responsible. Ella and Sarah are the keys to their investigation, but Sarah’s hiding something and it isn’t long before Ella discovers her nightmare is far from over.

Warning: Contains sexual violence which may be a trigger for some readers…

How do I start this review? Ok, maybe by saying that to date, this has to have been the creepiest book that I have read. Told from the viewpoints of Sarah and Ella and told in the past and present, I just got the chills from reading it. I just couldn’t place what was going to come next and there was some doozy of plot twists. I should also mention that there are several triggers in the book. So if you trigger easily, I wouldn’t read it.

Normally, I don’t like it when a book jumps from the past to present and back. Also, I don’t like it when there are many switches back and forth between characters. But, with this book, it worked and the author did a great job of letting you know when the book was in the past, when it was in the present and who was talking. The beginning of each chapter had the character’s name with (past) or (present) next to it. So there was no confusion about who was talking and if they were in the past/future.

I liked the warning that was throughout the book: Too much oversharing on any/all social media websites. That is what made it so easy for John to find his victims. He was able to track them, research them, through their Facebook profiles, their Instagram accounts and find out all about them. And since he wanted virgins, it made it easier for him to find those who took purity pledges. I have an 11-year-old and this is exactly my fear as she gets older.

My heart broke for Ella and you could see the change in her throughout her entrapment. She went from fighting with everything she had to just accept the inevitable to actually having the courage to do what Sarah couldn’t/wouldn’t. But what broke my heart, even more, was when she was rescued. She was so filled with guilt over what happened to Paige (even if it wasn’t her fault). Her depression and coping mechanisms, once she was home, was totally believable.

Sarah, however, I didn’t like. I mean, yes, I felt bad when I eventually found out what happened to her when she was younger and what she did to survive that first couple of years. But when other things were revealed, my feeling bad for her quickly evaporated and all I began to feel was disgust. Not going to get into what exactly happened but I was pretty shocked by the depth of her involvement in things at the house. Let’s just leave it at that.

The last few chapters of the book were a surprise and I was pretty happy with how things ended. But, I was a little creeped out by the last chapter.

How many stars will I give Appetite for Innocence: 4

Why: This is a genuinely creepy book that is going to give me nightmares. The characters were very well-developed and you couldn’t help but get attached to them.

Will I recommend to family and friends: Yes but with a warning about triggers that I will list below

Why: Violence and language. Scenes of child abuse, dog attack, and rape. These could be triggers for some people and I would recommend reading with caution if you are triggered by them.

One thought on “Appetite for Innocence by Lucinda Berry”