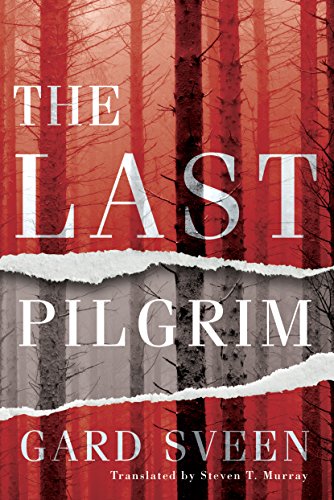 Young, lovely Norwegian Agnes Gerner is waging a dangerous and secret fight. Outwardly, she is a devoted Nazi sympathizer engaged to a prominent businessman. In fact, she is part of an underground resistance doing everything to win the war against the Germans. The only hope she has of being reunited with the man she truly loves—who serves under the code name “Pilgrim”—is if the Nazis are defeated. Of course, there’s no guarantee that she’ll be alive when that happens…

Many years later, three sets of remains are found in a popular Oslo forest—two adults and a child. Despite his boss’s call to not spend extra time on the old case, Detective Tommy Bergmann cannot help but dig deeper, especially as he uncovers connections to a more recent murder. As he unravels the secrets of the past, it becomes clear that everything is permissible in war—and that only those who reject love can come out victorious.

I didn’t like this book when I first started reading it. I had a lot of problems keeping my attention focused on it. Once I got past the first few chapters, I started to like the book.

I didn’t expect that I would like Tommy Bergmann by the end of the book. In the beginning, I detested him. He admitted that he beat his girlfriend over their 12-year relationship. He did have an awesome work ethic and his remorse for his past behavior came across the pages. Even though he is a fictional character, I wanted to slip him a card to a psychologist. When he had a chance with another woman, he called it off because of his issues with his ex-girlfriend.

Agnes annoyed the ever-living out of me. I can’t put a finger on it but I read her chapters with a bad taste in my mouth. I did find it fascinating on how female spies were regarded during World War 2. Agnes proved them wrong. Her scenes with The Pilgrim also didn’t ring true with me. I figured out that all he wanted was a piece of ass and a place to crash and she, well, she fell in love with him.

I liked the dual storylines. The author was able to keep them apart and devote entire chapters to Tommy and Agnes. I got confused was the beginning of the book when Kaj and the detective were killed. I got confused in the 2003 chapters when Tommy came to the crime scene. And then when he was called the woods when they found the bones.

The author did a great job keeping the killers under wraps until the end. He took me on a multi-country jaunt on the search to find out how those two cases where connected. I did figure out the 1942 storyline about halfway through the book. But the 2003 storyline (and how they connected) did take me by surprise and I was a little shocked by the ending.

Why? This is a great well-written mystery. While it did lag in certain points of the book, the author did a great job of getting the book back on track.

Will I recommend to family and friends?  Yes

Why? Sex and lots of violence

One thought on “The Last Pilgrim (Tommy Bergman: Book 1) by Gard Sveen and Steven Murray”