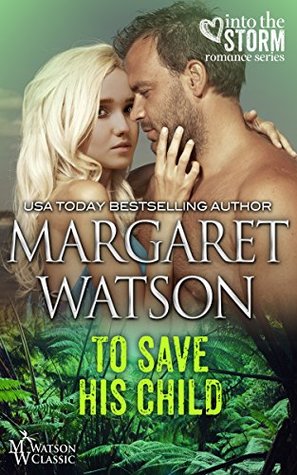 Title: To Save His Child

Series: Into The Storm

Where you can find To Save His Child: Barnes and Noble | Amazon

Caine O’Roarke regretted vanishing into thin air and leaving Lexie Hollister asleep in his bed – but he had no choice. The mercenary had been called in for an urgent mission in the middle of the night. He’d miss Lexie, but the former Seal told himself that he and Lexie would both get over it. They’d been completely wrong for each other – in all but one way.

Eleven months later, when Lexie’s father asks Caine to rescue his daughter from the civil war in San Rafael, he barely recognizes Lexie. The former party girl has grown up, and she’s the only nurse in a small village. And she has a child. His child.