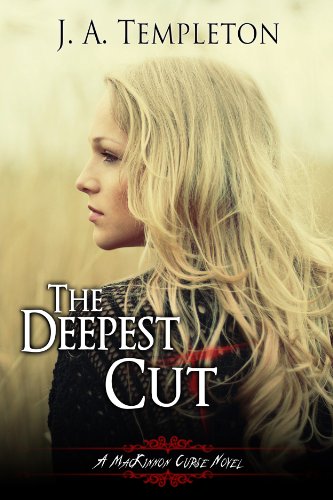 Where you can find The Deepest Cut: Amazon

Sixteen-year-old Riley Williams has been able to see ghosts since the car crash that took her mother’s life and shattered her family. Guilt-ridden over the belief that she’s somehow responsible for her mom’s death, Riley is desperate to see her mother’s elusive spirit to gain her forgiveness.

When her father moves the family to Scotland so they can all start over, Riley believes her life couldn’t get worse––that is until the ghost of nineteen-year-old Ian MacKinnon catches her purposely cutting herself. An uneasy truce quickly turns into friendship, and soon Riley’s falling hard for Ian.

Riley believes her gift could help Ian end the curse that has kept him tied to the land for centuries, but that would mean letting him go forever and she’s not sure she is strong enough to do that. As if her life wasn’t complicated enough, the spirit of the woman who killed Ian returns and she’ll stop at nothing to keep Riley from helping Ian find eternal peace.

What I liked about The Deepest Cut:

What I disliked about The Deepest Cut: