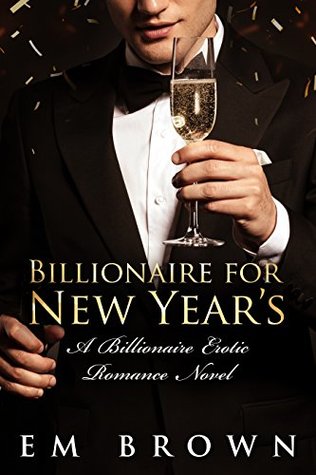 Where you can find Billionaire for New Year’s: Amazon | Barnes and Noble

Two billionaires, a wedding, and plenty of heat to ring in the new year…
Billionaire hotel mogul Rance Durand thought he had successfully seduced Audrey Jones into his life for good, but Audrey’s convinced their different backgrounds won’t mesh. Will they go their separate ways, or can he find a way to seduce her all over again?

Smokin’ hot Charlene Jenkins is Audrey’s best friend, and she’ll do just about anything to see her friend happy—even if it means accepting a bargain with billionaire playboy Blaine Edwards, Rance’s friend, and colleague.

Blaine wants Charlene to get Audrey to the New Year’s Eve of Erotica party, where Rance has a surprise in store for Audrey, but he may want something else just as bad: Charlene’s submission…in his bed.

END_OF_DOCUMENT_TOKEN_TO_BE_REPLACED 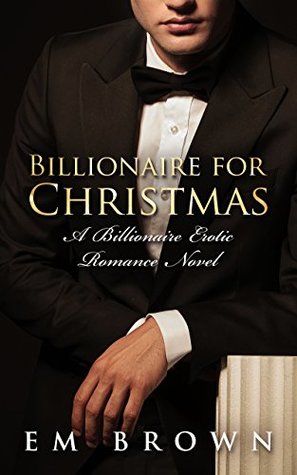 For billionaire Rance Durand, women have always come easily into his life, so why can’t he seem to get the time of day with the woman whose apartment unit is right next to his? When he overhears her calling the escort service, Rance decides to take their place, but he only has three days to seduce her.

More About the Book

Neither expects to fall in love, but when Audrey is presented with a promotion that will take her across the country, both of them have a big decision to make.

I used to have a ban on reviewing erotica. The reason: I was embarrassed about advertising that I read these books. Then one day, I had an epiphany. Why be embarrassed about reviewing books that have all sorts of sex in them? So I dropped my restrictions on no erotica and I am happy I did.

Billionaire for Christmas takes place over Christmas in San Francisco, which instantly I liked. San Fransisco is a city that I have always wanted to visit and seeing it featured in a book was awesome. Audrey and Rance did visit a few well-known areas (read the book to find out)!!

I really liked Audrey and how relatable she was. She was packing extra weight, she didn’t hold to her New Years Eve resolutions, she was very picky about men and she was a very hard worker. She also had a crazy bestie who gave her a gift card to an escort service. Which made me laugh out loud when I read that and made me wonder….if there even such thing as gift cards to an escort service. There probably is, now that I think about it….lol. I actually couldn’t believe that she called. But hey, she wanted to go out with a bang for her last couple of nights in San Fransisco. She asked for Denzel but instead got Colin (which made me laugh my butt off).

Rance was so hot but I wasn’t a fan of his deception at first. I mean, he lived next door to Audrey. How hard would it have been for him to actually just go, knock on her door and talk to her? But no, he had to pretend to be from the escort service. I was almost waiting for him to say her real name, not the fake one that she gave when they were having sex or out on dates. I did like that he was made to be a decent person too. He was the best man at his friend’s wedding, he had family that he talked to all the time in France (and yes, I read the book with him having a very slight French accent) and he was a great friend.

The ending, which was a HEA, had me going for a minute because I thought that it wasn’t going to be one. So I was very surprised when it ended up the way it did.

How many stars will I give Billionaire for Christmas: 4

Why: Besides the obvious hot sex, I thought that the backstory was fantastic. This is definitely a book that you should read at home, though. The sex scenes and there are plenty of them, are pretty descriptive.

Will I recommend to family and friends: Yes but with a warning about the ultra hot and very descriptive sex scenes.