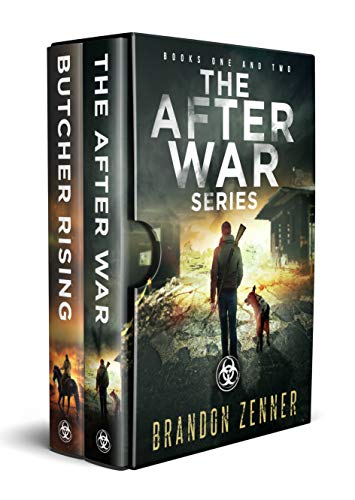 Series: The After War

Where you can find The After War: Barnes and Noble | Amazon

Two years have passed since mankind faced extinction: Brain Rhodes and his cousin, Steven, are leaving the protection of their underground bunker for the first time after a cataclysmic war and unrelenting disease ravaged the earth. On the other side of North America, young Simon Kalispell is leaving the safety and seclusion of his cabin deep in the woods, traveling with his aging canine companion, Winston. For individual reasons, these men are traveling east, where the fragmented lives of a small number of survivors will soon be decided by the choices of a corrupt few.

Simon Kalispell and Brian Rhodes are not yet aware, but the strength that resides inside them will soon be tested, and destiny will call for their fates to be forever intertwined.