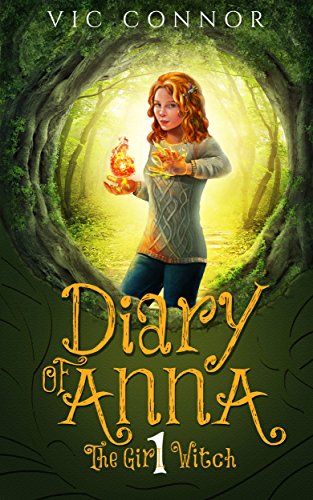 Where you can find Foundling Witch: Amazon

What do you do when you discover you’re a witch… And that using your new powers destroys your soul a little each time?

Set in the Swiss countryside, this story blends ancient folklore with a coming of age tale about a young witch on the brink of womanhood.

Anna Sophia has always known she was different. She didn’t know just how different until now.

On the eve of her 13th birthday — in the orphanage where she’s spent most of her childhood — Anna wonders about her past. She never knew her parents, doesn’t even know where she came from. All she has to go by is an unbelievable fairy tale her uncle used to tell: that she was found as a baby, tucked among a pack of bear cubs in the wilds of Russia.

To make matters even more complex, Anna has discovered that she can see and do things that no one else can. So far, she’s kept her powers a secret, and they remain strange and frightening even to her.

It’s only when Anna receives a letter from her mother — a mother she will never meet — that she discovers some of the truths about her past, and begins to uncover the possibilities in her future. As Anna continues to learn more about her secret abilities, she finds out that her neighbors are hiding something of their own: a plot to harm Anna and her friends.

Can Anna Sophia use her newfound supernatural powers to stop them? Can she fight back, without endangering her own soul? And maybe, just maybe, is her own secret tied up with theirs?

Through a story of otherworldly magic, Anna Sophia finds a sense of real-world belonging. With its cast of strong characters, an inventive setting, and engaging storyline, this fantasy adventure is a relevant novel for middle-grade children or young adults.

END_OF_DOCUMENT_TOKEN_TO_BE_REPLACED 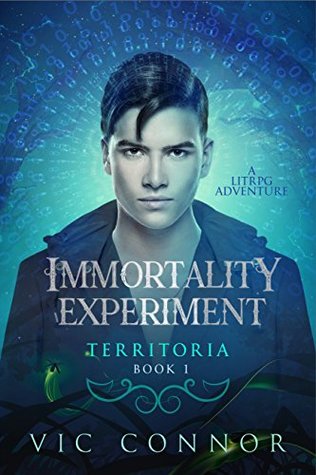 Where you can find Immortality Experiment: Amazon

Abandoned as a child and fostered around a foreign city, Nikolay Somov had little hope of a successful life. Then he was wrongly convicted of a heinous crime and all hope was dashed.

Imprisoned and awaiting execution, Nikolay receives an offer: Go on a mission inside the secret, government-controlled virtual world known as Territoria or die.

Within the virtual world, Nikolay enrolls in the mysterious Ravenscroft Academy alongside humans, ogres, faeries, and gargoyles. As he continues to explore his new home, Nikolay discovers a conspiracy wrought with inhumane actions, driven by his captors’ boundless lust for power.

What he thought was a school for the gifted turns out to be something else altogether. Surrounded by avatars, under constant surveillance, and fearing his mind has been infiltrated, Nikolay must escape or never see the real world again.

This is the second edition of “Ravenscroft Conspiracy,” revised and rewritten with the input from readers.