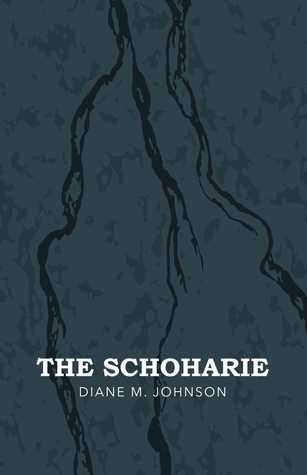 Where you can find The Schoharie: Amazon | Barnes and Noble

Thirty years ago a major Thruway bridge was built across a small creek near the town of Fort Hunter, New York. It had its problems with construction delays and local protests, but it was built and it was strong.

Thirty years later the bridge collapses when spring floods transform the meager creek into a raging torrent. The collapse takes several lives and almost includes the life of Aaron Bonner, volunteer firefighter, who swears he saw a vengeful Indian spirit take the bridge down. He just needs to convince Sheriff Ben Harrigan that the same Indian spirit seeks more vengeance. But the sheriff knows that Aaron is just like his father, who tried to sabotage the bridge when it was first built, while in the throes of a mental breakdown. Has Aaron gone crazy? Or does the sheriff have something to hide?

A near death experience triggers Aaron’s sensitivity to supernatural forces at work in the town of Fort Hunter. But his father’s history of mental instability makes Aaron doubt his own sanity. He confides in Sheriff Harrigan, the father of his girlfriend, in a moment of desperation– but memories are long in small towns like Fort Hunter, and the sheriff remembers well Joe Bonner’s attempt to sabotage the original construction of the bridge. He was there. And it was his fault.

Harrigan knows the town isn’t being attacked by an Indian spirit seeking revenge. He knows Aaron is suffering from the same mental illness as his father. But when other things begin to happen– things that can’t be explained by a man experiencing a nervous breakdown– the sheriff must come to terms with his own role in Joe Bonner’s mental collapse in order to save himself, his daughter’s boyfriend and the rest of the town.

I shouldn’t be allowed to read NetGalley’s Read Now emails after a certain time of night. Because I end up requesting books that I would not read. I wake up the next day with buyer’s remorse and a bad feeling about the book. In a lot of those cases, my bad feelings and/or buyer’s remorse aren’t warranted. But in this case, my feelings were right. I could not get into this book. I wanted to but there was a disconnect. I couldn’t get into the plot or connect with any of the main characters. The only one I connected with was the villain and even then, my connection wasn’t strong.

Aaron Bonner fell flat in my eyes. I did feel pity for him when his backstory was explained. He had to deal with what his father did. When he started having the same mental issues that his father did, I wasn’t surprised when people started whispering behind his back. The only ones that wanted to help him were Will and Barbara. They knew that more was going on than Aaron having a mental breakdown.

I didn’t like Sheriff Ben Harrigan. His dislike for Aaron was obvious. I was led to believe he didn’t like Aaron because Aaron was dating Ben’s daughter, Sara…who was still married. Instead, it was revealed, later in the book, that Ben felt guilty for Aaron’s father’s death. I wish that it had been stated clearly in the beginning. I also didn’t like him because he refused to see that his daughter was married to an abusive man. Up until the middle of the book, he kept pushing for her to stay with him. WTF? He did redeem himself slightly at the end of the book when he set things in motion to help Aaron but still. Too much harm had been done.

I did think that the author did a great job with the paranormal aspect of the book. I liked that Aaron’s being able to hear dead people (Six Sense anyone???) was used in a way that helped. I liked that Will Cuddy decided to help Aaron prepare for a battle with the Indian sorcerer/warrior.

I figured out who was controlling the Indian sorcerer pretty early in the book. I also wasn’t surprised to see that this person was responsible for what happened to Aaron’s parents. What got me, was that all this started because Aaron’s father was walking across this person’s land. Made me shake my head in disbelief.

The end of The Schoharie was pretty typical for a book like this. The author did do a great job of wrapping up all the storylines. But it was the end of the book that gave me the chills.

What I liked about The Schoharie:

A) loosely based on a real-life event.

B) paranormal aspect of the book was fantastic

What I disliked about The Schoharie:

C) The bad guy. He came across as a petty man

I would give The Schoharie an Adult rating. While there is no sex (just kissing), there is graphic violence and language. I would suggest that no one under the age of 21 read this book.

There are trigger warnings in The Schoharie. They are domestic violence and talk of rape. If you are triggered by any of these, then I suggest not to read the book.

I would like to thank BookBaby, Independent Book Publisher’s Association, Member’s Titles and NetGalley for allowing me to read and review The Schoharie

All opinions stated in this review of The Schoharie are mine.