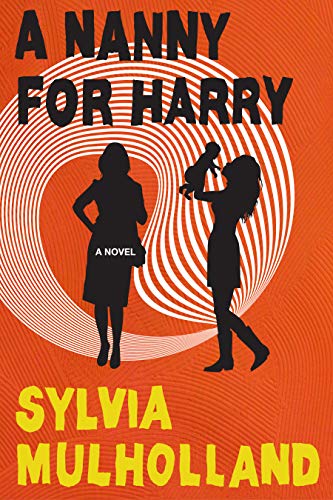 Where you can find A Nanny for Harry: Amazon | Barnes and Noble

JUGGLING ON EMPTY? WHO’S YOUR NANNY?
Kali Miller hasn’t even given birth to baby Harry when doctor-husband Matt ‘helpfully’ hires a live-in nanny. Britta is svelte, blonde and beguiling, and Swedish enough to make any new mother insecure, especially one who looks and feels as ginormous post-delivery as she did the day before. But a nanny means Kali can go back to work at her law firm where she is desperate to make partner. The Millers’ seaside house will be nice and clean; their meals healthy and fresh, and Harry well looked after. It’s the only option, really, for career women like Kali.

But Britta’s idea of cooking is fiskpinnar (fish sticks) in the microwave. She leaves blonde hairballs between the sofa cushions and has cute, broken-English convos with Matt, leaving the dirty diapers and other chores for Kali. The only thing Britta has in common with those super-nannies that all Kali’s friends seem to have is that she’ll probably never quit. And of course, Harry adores her!

As Kali’s life becomes increasingly frenetic —not helped by a disgruntled client out to get her for a deal gone bad—she starts losing her grip on reality. The top brass at her firm now views her more as a potential liability, than partnership material. And Matt seems to have some mysterious ‘history’ with Harry’s nanny. Just who is this Britta Edvardsson? And what does she want with Matt… and little Harry?

Kali is a lawyer who is about to have her first baby. Her husband is a doctor who works crazy hours. After giving birth to Harry, Kali starts doing walk-throughs at the local daycares. What she sees doesn’t work for her and she mentions to Matt that it would be nice to have a live-in nanny. A few days later, he surprises her with Britta. Britta is slim, blonde and beautiful. That alone makes Kali insecure. But, she needs the help and allows her to stay. Kali thinks that with Britta there, the house would be clean, chores would be done and meals would be cooked along with the baby being looked after. Well, that was a dream. The only thing that Britta does is look after Harry. Everything else is left for Kali when she gets off work. Things come to a head when Kali suspects that there is more to Matt and Britta’s relationship than what he says. Will Kali get the truth from Matt? Or will their relationship implode?

I got the impression, from the blurb, that this book was going to be some sort of mystery/thriller. Instead, what I got was a book about how communication is good in a relationship and how assuming things always bites you in the butt. The blurb is not a great reflection on what this book is about.

At the beginning of the book, I felt bad for Kali. I remember those last weeks before I delivered my youngest child. I was miserable and swollen. I was snappy and emotional. I got it and sympathized with her. But, as the book went on, my sympathy started to turn to annoyance. Instead of taking charge, she wallowed in pity. She wanted a different nanny. Other than complaining about it, she did nothing. She complained about Britta not cleaning or cooking. She could have made it clear that it was part of her job. She didn’t talk to Matt when she had suspicions. Instead, she stewed on them. In turn, she made life miserable for everyone in that house. It carried over to her work and she made some serious mistakes. Instead of taking the blame for that, she kept blaming her home life for her mistakes. By the end of the book, I was frustrated and wanted to smack her.

My sympathy lay with Britta. That poor girl. Kali put her through the wringer. Of course, since Kali couldn’t speak Swedish, Britta was calling her a few choice names to her face. Which made me laugh. I didn’t blame Britta. She was living with a woman who didn’t like or trust her. If I were her, I wouldn’t have gone back. I would have given Kali the two-finger salute.

I couldn’t believe the lack of communication between Matt and Kali. I didn’t like seeing their relationship go downhill because they didn’t talk. But, to be fair, the times that Kali did try to talk to Matt about what was going on, he shut her down. I thought Matt was a bit of a jerk. His comment in the delivery room along with what happened at the end of the book sealed the deal for me.

The storyline about Kali and her job added nothing to the story except how stressed she was. I started getting stressed out when reading what was going on with work.

The end of A Nanny for Harry was your typical ending. But it didn’t ring true to me. I didn’t get that Kali could be so accepting about Britta. I mean, she didn’t like her the entire book. The sudden acceptance of her didn’t sit well with me. I couldn’t understand how Matt never mentioned certain things from his past and his relationship with Britta.

The author did a great job at wrapping up all the storylines. There was nothing left hanging. There were also there were no dropped storylines. I thought that the Kali and Britta storyline had good bones to it. If the author went the way I thought she was going to, this book would have gotten a higher rating from me. I also felt that the characters weren’t as fleshed out as they could have been.

I gave A Nanny for Harry a 2.5-star rating. The book was wonderfully written but I couldn’t get into it. I couldn’t connect with any of the characters. The one thing that I liked about this book was that it did show that life after having a child isn’t always perfect.

I would give A Nanny for Harry an Adult rating. There is no sex (imagine that!!). There is mild violence. There is language. I would recommend that no one under the age of 21 read this book.

I would not reread A Nanny for Harry. I also would not recommend this book to family and friends.

I would like to thank Sylvia Mulholland, Independent Book Publisher’s, and Member’s Titles for allowing me to read and review A Nanny for Harry.

All opinions are stated in this review of A Nanny for Harry are mine.

Have you read A Nanny for Harry?

One thought on “A Nanny for Harry by Sylvia Mulholland”