This week’s Throwback Thursday is a fantasy: 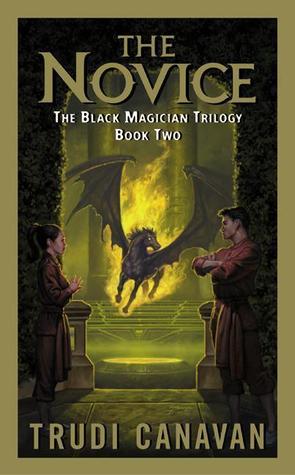 Alone among all the novices in the Magician’s Guild, only Sonea comes from lowly beginnings. Yet she has won powerful allies–including Lord Dannyl, newly promoted to Guild Ambassador. But Dannyl must now depart for the Elyne court, leaving Sonea at the mercy of the lies and malicious rumors her enemies are busy spreading…until the High Lord Akkarin steps in. The price of Akkarin’s support is dear, however, because Sonea, in turn, must protect his mysteries–and a secret that could lead a young novice mage deep into the darkness.

Meanwhile, Dannyl’s first order to resume High Lord Akkarin’s long-abandoned research into ancient magical knowledge is setting him on an extraordinary journey fraught with unanticipated peril–as he moves ever-closer to a future both wondrous…and terrible.

Have you read The Novice?