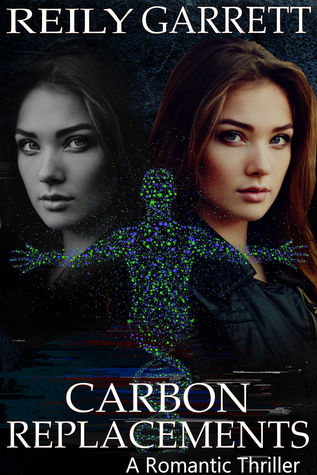 Where you can find Carbon Replacements: Amazon

The killer held a knife to her throat—the ultimate decision locked within a dark and deviant gaze.

Determined and dedicated, forensic pathologist Remie Tallin validates her talent by discerning a victim’s last moments of life. Returning to Portland signified her new beginning where a psychopathic stalker designates her a pawn in a seductive game of intrigue.

The lines between predator and prey blur in hunting a medical genius bent on resetting the laws of nature. Evidence has never failed to point Remie in the right direction, yet conflicting discoveries mock the legal system and defy the scientific arena for clarification.

Detective McAllister’s return from leave includes a new assignment along with a partner well versed in subtle sarcasm and innuendos. Discovering the new medical examiner unconscious at the scene of a grisly murder forces him to unite with his brothers against a world of chaos where reality shifts according to a psychopath’s desire.

Carbon Replacements takes place sometime after the ending of Inconclusive Evidence. Remi Tallin is a forensic pathologist that had moved back to Seattle after the death of her mother. When her next door neighbor comes to her after being attacked by a John, Remi is drawn into a game where her every move is watched and reported. Billy McAllister is back from leave. He comes into Remi’s world when he is the one to find her after she was attacked by the same John who murdered her neighbor. But not everything is what it seems. Billy and Remi are drawn into a dangerous game of cat and mouse with a psychopath called The Sandman. The secret that he is hiding could change the world. Can Billy and Remi outthink him or will they become his victims?

I loved the storyline. From the beginning, when Remi was sitting in the car with Gena, I was drawn in. The author did a fantastic job of keeping me interested in the story. The side storylines of Royden/Abby and Katt/Matt were a welcome distraction when Billy/Remi’s storyline got too much. The author did a wonderful of tying them all to the main storyline at the end of the book.

The thriller angle of the book was very well written. This book did a great job of taking sudden twists and turns. Just when I thought I had the bad guy figured out, the author threw a wrench in it. I also liked the idea that was behind everything. I have never heard of bioprinting organs before and I was unaware of the controversy surrounding it. The role that it played in this book was frightening. I had no issue imagining someone wanting to do what The Sandman wanted to do with a bioprinter.

I loved how the relationship between Remi and Billy evolved. It went from a typical police/victim relationship to one where they had feelings for each other but refused to act. So no Instalove. The chemistry between them was amazing. With every glance they shared, the chemistry became more charged. There was a point in the book where I was like “Just DO IT, already“.

Speaking of sex, there wasn’t a lot in this book. Which was refreshing because I could focus on the storyline without wondering when they were going to have sex. The sex that Billy and Remi had was amazing because of the chemistry.

The end of the book was amazing. Who The Sandman was a surprise. A surprise because of why The Sandman did what he did. Talk about frightening and twisted. I also liked how the author lined up the next romance. I wasn’t surprised at who it was because you could see it going there the entire book.

What I liked about Carbon Replacements:

B) the side storylines

C) The relationship between Remi and Billy

What I disliked about Carbon Replacements:

B) What happened to Abby (not mentioned in the review so read the book!!)

C) Remi’s stalker (again, not mentioned in the review. See above)

I gave Carbon Replacements a 4-star rating. This book is a thrilling read. I didn’t know when or where the plot would twist and go in a totally different direction. The Sandman was a truly despicable villain.

I would give Carbon Replacements an Adult rating. There is sex. There is violence. There is language. I would recommend that no one under the age of 21 read this book.

I would reread Carbon Replacements. I would also recommend this book to family and friends.

I would like to thank Reily Garrett for allowing me to read and review Carbon Replacements.

All opinions stated in this review of Carbon Replacements are mine.