This week’s Throwback Thursday is a historical romance. 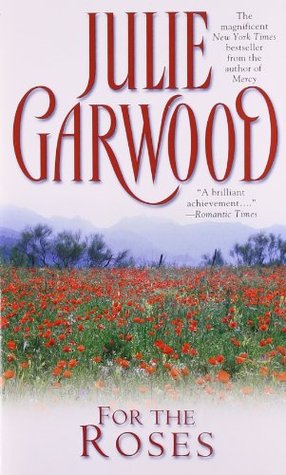 1879. In Blue Belle, Montana, everyone knew better than to mess with the Claybornes. The brothers had once been a mismatched gang of street urchins—until they found an abandoned baby girl in a New York city alley, named her Mary Rose, and headed west to raise her to be a lady. They became a family—held together by loyalty and love if not by blood—when suddenly they faced a crisis that threatened to tear them apart….

Trouble came to town with one Lord Harrison Stanford MacDonald. Armed with a swagger and six-shooter, he cut a striking figure—but it soon became apparent to Mary Rose that he was too much of a gentleman to make it in her rough-and-tumble town. She asked her brothers to teach him the basics of frontier survival, which he acquired with ease. And soon he possessed a deep and desperate love for Mary Rose. She returned his affection wholeheartedly… until MacDonald revealed a secret that challenged everything she believed about herself, her life, and her newfound love. Now her search for identity and meaning would begin, raising questions that could only be answered if she listened to the truth within her heart….

Other places you can find For the Roses: Barnes and Noble | AbeBooks | Alibris | Powells | Indiebound | Indigo | Audible | Kobo

Did I like For the Roses when I first read it? Yes. I am a huge fan of Julie Garwood’s historical romances (not a fan of her contemporary ones). I have read and reread this book before my great paperback catastrophe of 2010 (I moved and lost over 200 paperbacks)

Would I read For the Roses now? Yes

How many stars did I give For the Roses when I first read it? 5 stars.

How many stars would I give For the Roses now? 4 stars.

Have you read For the Roses?