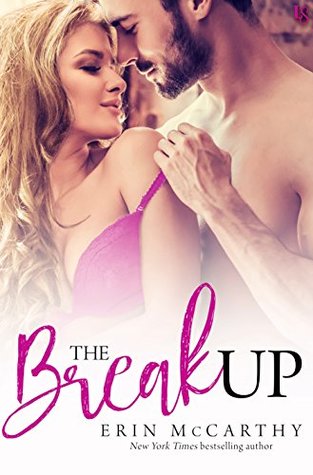 Where you can find The Breakup: Amazon | Barnes, and Noble

Can two wrongs feel oh-so-right? This bride is about to find out—with the bad boy who makes an epic breakup worth her while.

Bella: I know I’m a princess. I’m used to getting what I want. But all I ever really wanted was a husband and a family. Unlike my sister, Sophie, I’ll never have a brilliant career to fall back on. So what’s a bride to do when she learns that Prince Charming is a cheating snake just a few days before her fairy-tale wedding? With my fiancé begging for another chance, the only way to save the wedding is to even things out with a little revenge sex—and local bartender Christian Jordan seems like the right man for the job.

Christian: If gorgeous Bella Bigelow thinks sleeping with me will somehow lead to happily ever after, I’m not going to turn her down. The guy she wants to marry is a jerk, and her sister is fooling around with my estranged twin brother, Cain. So what’s the problem? Besides falling for a woman who doesn’t know what she wants out of life? All I want to do is whisk her away from that church, take her to a cabin in the woods, and act out all our naughtiest fantasies. And I may just get the chance. . . .

I enjoyed reading The Breakup. It was a book that was straight to the point. It had an easy plot to follow, likable characters and some steaming hot sex scenes. I needed to read a book like The Breakup. After some of the books I have read, it was a welcome turn of pace for me.

What is interesting about The Breakup is that it starts halfway through The Hookup. That was interesting to me because I haven’t seen too many books written that way. I got to see everything from the bar scene from Christian and Bella’s POV. It added an extra insight not only to the stress that Bella was going through but to Christian and Cain’s complex relationship.

I could not stand Bella’s fiancée. I wanted to kick him in the nads and punch him in the face. I couldn’t believe the stuff he put Bella through. The things he said to her. I felt so bad for her when she found the text messages and told Sophie why he did what he did. He tried to justify his actions to her. “Baby, you made me do it. You are boring in bed“. What the actual frick frack???? No wonder she was so insecure about sex. Then to get her parents involved? W.T.F. So, yeah, I was happy when she left him at the altar. He deserved it.

Bella and Christian had insane chemistry. Every scene that they were in was through the roof. I found myself chanting “Do it! Do it!” What made it even hotter was that Christian refused to do anything with Bella until she was single. She came to him for a “revenge screw” and he turned her down. What guy does that?? A guy who has morals. Loved it!!

I liked that Christian was a bit of a straight arrow. He carried incredible guilt over what happened with his brother. He felt that he was the blame for Cain’s drinking. At the same time, though, he also stood up and took responsibility for his son. I did find it interesting that they wouldn’t know if Cain or Christian was the little guy’s father. Because they were identical twins, they have identical DNA. But he decided to take the responsibility. I loved how he handled baby mama drama. He wasn’t willing to rock the boat because he was afraid that she would go for full custody.

Bella was awesome in this book. I got a strong Runaway Bride vibe from her at the beginning of the book. I understood what she was going through, relationship-wise. She didn’t want to stay because he was a jerk but he was also familiar. Her taking off right before the wedding made me go “Oh yeah” and do a fist pump. The same thing when she let loose on Christian’s baby mama. I thought she was a little innocent for Christian, as weird as that sounds. Some of her phrases made me think “Is she from the ’50s?“.

I was disappointed by the last half of The Breakup. I had a feeling something like what happened was going to happen. I did an “ugggh” when it came around. A typical romance theme that I was hoping wouldn’t be in the book.

The ending of The Breakup was your typical HEA. I liked seeing what happened with Sophie and Cain. I also wonder if there is going to be a book 3. There are a brother and a sister that need romance!!!

What I liked about The Breakup:

What I disliked about The Breakup:

C) The last half of the book.

I gave The Breakup a 3.5–star rating. This book was a great read. It had an easy plot to follow. It had likable characters and some steamy sex scenes. I didn’t like Bella’s ex or Christian’s baby mama. I also didn’t like the last half of the book. But, overall, a good read.

I gave The Breakup an Adult rating. There is explicit sex. There is language. There is mild violence. I would recommend that no one under the age of 21 read this book.

I would reread The Breakup. I would also recommend this book to family and friends.

I would like to thank Random House Publishing Group, Loveswept, and NetGalley for allowing me to read and review The Breakup.

All opinions stated in this review of The Breakup are mine.

One thought on “The Breakup (The Jordan Brothers: Book 2) by Erin McCarthy”