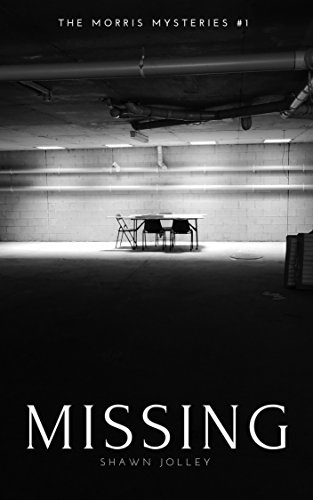 Where you can find Missing: Amazon

The idea of becoming a legal guardian wasn’t easy for Cecil Morris to swallow because of his profession as a traveling private investigator. However, that didn’t stop him from adopting his nephew, Evan, shortly after his parents were killed in an automobile accident. Together, they uncover what happened to a wealthy businessman’s missing son in a small desert community.

I like mysteries. But I don’t like it when a mystery leaves you hanging at the end. Or it was poorly executed. Which is what happened in this short story.

This book is 34 pages. It starts off strongly. Evan was taken in by his uncle Cecil after his parents were killed in a car accident. Cecil is a PI and he has taken on a kidnapping case in the desert. Evan meets him there. While waiting for his uncle, Evan is befriended by a strange girl, Janine. Evan becomes involved in the case and helps Cecil solve it.

It was after Evan meets Janine that the book went sideways for me. We were given the bare bones of the kidnapping case. There was no investigating. Evan is brought to the station by one of the officers on the case, only to be interrogated? No lead-up, it happened. Then everything was fine. Cecil didn’t even ask why Evan was there. WTH? Then when the case was solved, there was no huge reunion, no arrest. It ended. I was shaking my head.

I also wondered why Janine was involved in the plotline. She brought nothing to it except more confusion.

I got no sense of satisfaction from the ending. I felt like I was left hanging and was wondering what was going to happen.

Like I mentioned above, I felt that the mystery was poorly executed. There was no build up, no red herrings, nothing. If that could be fixed (along with the other things), this has the potential to be a good story.

I am not going to do a like/dislike section because there was nothing that I liked about Missing.

I would give Missing an Older Teen rating. There is no sex. There is no language. There is some mild violence. I would suggest that no one under the age of 16 read this book.

I would like to thank the author for allowing me to read and review Missing.

All opinions stated in this review of Missing are mine.

2 thoughts on “Missing: The Morris Mystery Book 1 by Shawn Jolley”