This week’s Throwback Thursday is a fantasy 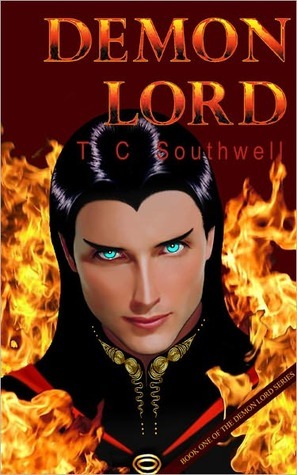 When the dark god Arkonen discovers the key to escaping the prison he has languished in for aeons, he steals a pregnant woman from the Overworld and rips the infant from her womb, making him a mortal god. Thus Bane, the Demon Lord, is born. No spirit god may pass through the seven blue wards that trap Arkonen below, but a mortal god is not bound by the wards…

Bane is raised in the Underworld by demons and droges, unaware of his true origins. Elder Mother Ellese, a seeress from the gentle order of healers, foresees Bane’s coming and sets in motion a plan she hopes will prevent him from unleashing his master upon the Overworld. A girl child is born amongst them who possesses the power of the light, and whom the darkness cannot touch.

After twenty years of torturous training, Bane emerges through the World Gate and sets out to conquer the Overworld and break the wards with the aid of a dark army that gathers around him. Mirra is placed in his path, and, when he is unable to kill her, he takes her with him on his bloody rampage, forcing her to witness the atrocities he and his army commit.

Mirra only knows that Bane suffers from wielding the dark power, which is killing him, and she longs to help him… She must turn him from his savage path of bloodshed and destruction, but her love is pitted against fierce loyalty and a false blood bond as well.

Mirra’s fragile and misunderstood hold on Bane’s heart forces him to cling to his mortality, but the Overworld is doomed unless she can turn him to the Light …

Where you can find Demon Lord: Amazon | Barnes and Noble

Did I like Demon Lord when I first read it: Yes. I thought that it was an interesting read.

Would I read Demon Lord now: Honestly, I don’t know. From what I remember about this book, it was super violent. There were some scenes that looking back, I found distasteful. Bane and Mirra’s relationship was abusive and dysfunctional. If I had to give a concrete answer, I would have to say no.

How many stars did I give Demon Lord back then: 5

How many stars would I give Demon Lord now: 2

Have you read Demon Lord?