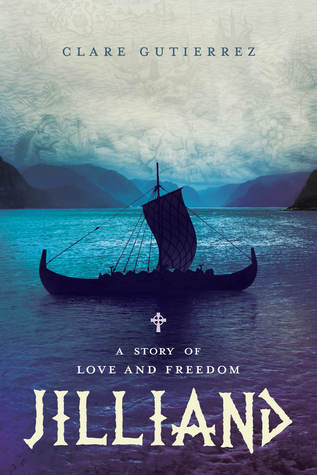 Where you can find Jilliand: Amazon | Barnes and Noble

“Bruised, bloody, and barely dressed, she knew it was over. She had no doubt the Vikings would search for her if she tried to run—especially now, with their companion lying dead. It would be dark soon, and she had no idea where she could go or hide. Jilliand knew they would come for her. The Vikings were not likely to let this go—especially it being an attack by a woman. She was defeated. Weak and shaking, she stared at the man’s body. I think tonight I die. ”

I haven’t read a lot of books that have taken place in the Viking Era. So, I was pretty excited to read Jilliand. I have a genuine interest in the Viking culture and was looking forward to reading about it. While the book did cover that, I felt it was lacking in some areas. Don’t get me wrong, I enjoyed reading the book. I loved that the author took her time to research the Viking culture. I also liked that she made Jilliand a strong female character. I also liked how Jilliand seemed to overcome the odds. But there were things I didn’t like about the book. I felt that Jilliand was a little too progressive for the time. Not a lot of women traveled alone during that time. Also, not a lot of women knew how to fight. I also felt that she was too easily accepted at the Viking village. Everything else I have read points to the exact opposite for slaves. I also didn’t believe that Jilliand’s brother didn’t know how she was living when she was a child? Please.

Jilliand’s storyline was interesting. Jilliand was an abused, young girl who was going to be married off to her father’s closest ally. But, on the eve of her arranged marriage, Jilliand is set free. Given clothing and a short dagger, she makes her way to a nearby village. It is there that she settles down with a family. Her freedom is short-lived. She is soon captured by the Vikings in a raid. Ruik, the sea-king of his village, falls in love with her. But language stands in the way, as does Jilliand’s attempts to escape. Eventually, she ends up at his village and they are married. But a huge tragedy happens and Jilliand is separated from Ruik, for years. Taken in by her brother, Jilliand is treated as a treasured, if eccentric sister. What happens next, though, will bring Jilliand back to Ruik. But will it be too late for them?

I liked Jilliand and I admired her for overcoming awful beginnings. But I couldn’t quite connect with her. She was progressive for that era. Females were only there to have children. They contributed little to society other than that. So for Jilliand to be taught how to fight struck me as a little odd. There was an explanation about why she was taught but still.  Saying that she was a very strong and positive female character. I couldn’t quite wrap my head around how she was portrayed.

I thought her relationship with Ruik a bit Stockholm Syndromeish. I know that captives can fall in love with their captors after being with them for a while. So, that part is believable. But to have the village accept her? I don’t think that would have happened. She came in as a slave and she would have been at the bottom of the totem pole. Instead, she was treated very well and accepted as Ruik’s wife almost from the beginning. I also felt that their relationship was flat. There was no sizzle to it. I didn’t get the warm fuzzies when they were together. It was blah.

The subplot with Jilliand’s brother didn’t sit well with me either. I could believe that a king wouldn’t go wage war on the man who kidnapped his mother and forced her to marry him. I also couldn’t believe that he left Jilliand with that man, knowing how he was. It didn’t sit right with me.

I will say that I liked the end of the book. Jilliand was magnificent. I loved the surprise at the end. I was expecting it and but it didn’t make the ending anymore happier for me.

What I liked about Jilliand:

A) Jilliand being a strong female character

B) The research that went into the book. It was unbelievable and I learned so much about the Viking culture

What I disliked about Jilliand:

A) She was too progressive for the era

B) Her relationship with Ruik

C) The subplot with her brother

I would give Jilliand an Older Teen rating. There is sex but it is not explicit. There is violence. There is no language. I would recommend that no one under the age of 16 read this book.

There are trigger warnings in Jilliand. They are child abuse, attempted rape, kidnapping, and slavery. If you are triggered by any of these, I recommend not reading Jilliand.

I would like to thank Greenlove Book Group, River Grove, and NetGalley for allowing me to read and review Jilliand.

All opinions stated in this review of Jilliand are mine.

One thought on “Jilliand by Clare Gutierrez”