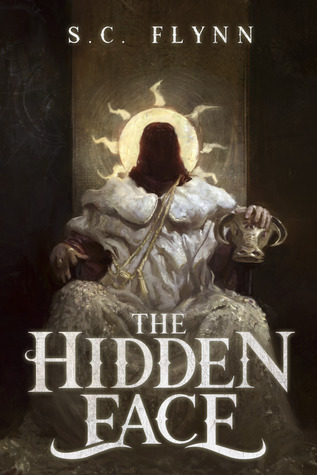 Where you can find The Hidden Face: Amazon | Barnes and Noble

A face without a face – an unmasking that leaves the mask.

Once every few hundred years the sun god, the Akhen, takes on human form and descends to earth. Each Unmasking of the Face of the Akhen ends one era and begins another; the last one created the Faustian Empire. Where and when will the Face next appear, and who will he – or she – be?

Dayraven, son of a great hero, returns to Faustia after years as a hostage of their rivals, the Magians. Those years have changed him, but Faustia has changed as well; the emperor Calvo now seems eccentric and is controlled by one of Dayraven’s old enemies. Following the brutal murder of his old teacher, Dayraven is drawn, together with a female warrior named Sunniva, into the search for an ancient secret that would change the fate of empires.

The Hidden Face is an epic fantasy novel drenched in the atmosphere of the early Middle Ages and in Kabbalistic riddles and is the first book in the Fifth Unmasking series.

I don’t even know where to begin with this review of The Hidden Face. The book is that good. What caught my attention when I was approached to review the book was the blurb. I didn’t even have to think about it. I wanted to read The Hidden Face. I need to read it. I am so glad I made the decision to accept the review request. This has to be one of the best fantasy books that I have read in a while.

The plotlines were great. A god that takes human form every 500 years and no one knows who it is until he/she is Unmasked? Yes!! That Unmasking starts ends the current era and starts a new one? Double yes. A hero who is trying to piece together clues left by his former mentor? Love it. A woman pretending to be a man so she can search for her father? Love it. An insane hunchback who might or might not be the bad guy (definitely a gray area there)? Yup. A priest, a beautiful woman and the king of a rival kingdom coming together to make sure that the prophecy goes in their favor? Definitely yes.

The characters, main and secondary, were all well written. They all had layers. For a secondary character to have layers is rare. In my experience, they are usually fillers between the scenes that feature the main characters. For the author to build up the secondary characters like that, I loved it. It made the book have more depth and be more realistic in my eyes.

The main characters were also all well-rounded and layered. Take, for instance, Perin the hunchback. At the beginning of the book, he is portrayed as nothing more than a killer working for Astolf, the High Priest. As the book went on, it is revealed that he is being used by Astolf. He became a tortured man who was firmly in a gray area. He killed, yes but he also protected. Once something about him was revealed, another layer appeared. It was that attention to detail that made this book so enjoyable for me to read.

I liked how the author kept the identity of who the Face was until the end of the book. Not only was who it was but where this person was living. Of course, the Face’s parentage was revealed. I wasn’t surprised at who the parents were. I do wonder how those people are going to figure into everything in the next book.

I liked Dayraven. I did think that he was the Face for 90% of the book. All the riddles that he solved seemed to point to it. When the real identity of the Face was revealed, I couldn’t help but wonder how he was going to factor into that person’s Unmasking.

I wonder the same thing about Sunniva. She was on her own personal quest to find out what happened to her father. When she found out, I wonder what will happen to her in book 2. I also wonder how she is going to factor into the Unmasking.

Astolf left me feeling unclean. I wanted to take a shower after reading his scenes. He was such an evil person. What he did to Emperor Calvo, Perin and countless others were awful. So I didn’t feel bad when what happened to him happened. I felt vindicated.

Dagon and Malombra were a couple made in Hell. Malombra was reportedly a beautiful woman who killed anyone who saw her face. She was also very talented with herbs and poisons. Dagon was the head of the Clovian Dynasty. He was a nasty man who wanted to destroy Emperor Calvo in the worse way. So when those two hooked up, I was disgusted. The things that they did to Sunniva and Dayraven were disgusting. But, I am curious to see what happens to them in book 2.

The end of The Hidden Face was fantastic. The author did a great job at ending some storylines. Other’s were left open to be pursued in book 2. The slight cliffhanger was perfect for the book. It was enough for me to want to read book 2.

What I liked about The Hidden Face:

What I disliked about The Hidden Face:

A) Astolf. He made me feel dirty

B) Dagon and Malombra. The power couple from Hell.

C) Perin. I disliked how he was treated throughout the book.

I would give The Hidden Face a rating of Older Teen. There is sex but it is not graphic. It is vague but you know what is going on. There is violence. Not so much graphic but the author got creative with how he killed off characters. The whole beehive scene made me shudder. There is no language. I would recommend that no one under the age of 16 read this book.

There are no trigger warnings in The Hidden Face.

I would recommend The Hidden Face to family and friends. This is a book that I will be rereading. I will also be reading the other books in the series when they come out.

I would like to thank S.C. Flynn for allowing me to read and review The Hidden Face.

All opinions stated in this review of The Hidden Face are mine.