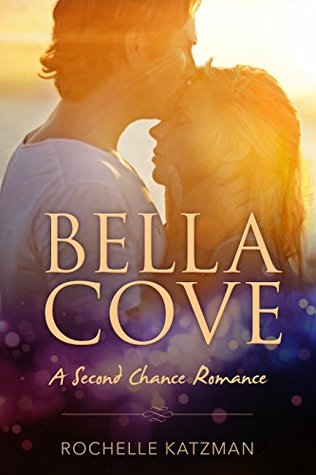 Where you can find Bella Cove: Amazon

She Gets a Second Chance at Love, But Her Family’s Secrets Could Ruin Everything
Kayla Conway is devastated when she is forced to leave her life and her fiancé behind in California to take care of her family. She must return to her hometown of Bella Cove, a small, charming town on Long Island to visit her grandma on her deathbed. Just before her grandmother dies, Kayla promises that she will help put the pieces of her family’s life back together.

But when she makes that promise, she has no idea of the lies, deceit, and betrayal she will have to deal with. The grief from grandma’s death brings out the worst in her family.

Two years later, her family is stronger, but Kayla’s passion for life seems to have died the day grandma left.

When her ex-fiancé, Gabe Wademan, walks back into her life—not as her partner, but as her new landlord and neighbor—Kayla feels more alive than she has in months.

But getting back together with Kayla is the last thing Gabe wants—he never forgave her for leaving him so suddenly. He demands explanations for her behavior two years earlier, but Kayla refuses to reveal her family’s deepest, darkest secrets.

So instead, she makes it her mission to show Gabe she’s the same woman he fell in love with back at school—just a little older and a lot less naïve. And if he gives their relationship a second chance, she promises she’ll never leave him again.

But when Gabe gets close to her family, Kayla is terrified that he will discover their secrets. How could he ever trust her again if he found out?

He’s only been back in her life a few weeks, but Kayla doesn’t think her heart could handle losing him a second time. Especially since this time, it would be forever.

I had mentioned in another review how much I love second chance romances. It wasn’t any difference with Bella Cove. I loved reading about Kayla and Gabe rediscovering their love. After reading (and reviewing) a few books that were intense. So reading this romance was the thing I (and my brain) needed.

I liked Kayla. Her passion for anything that she did in life was a breath of fresh air. When the book starts, she had taken over a toy store. She threw herself into it so it could continue making a profit. What I liked is that behind that happy façade was a woman who was the backbone of her family. A woman who had to be tough. A woman who suffered immense heartbreak and loss. She had been tried by fire and came out this amazing person. But she was also tired of it all. She wanted her own life without the responsibilities of being the “family matron.” My heart broke for her because she couldn’t tell her family to start solving their own problems. She felt that she would let her Nana down.

I didn’t like certain members of Kayla’s family. Her mother, her brother, her SIL, and her father. For various reasons, they all earned my dislike. From the drama queen of a mother to the father who had no backbone, I felt bad for Kayla.

I wasn’t sure what to make of Gabe at first. All Kayla’s flashbacks of him made him out to be kind of a control freak. Also, the way he treated her when she told him that she was ready to come back was awful. She was going through a lot and he added to it. He also ran hot and cold with her, which confused me as much as it confused her. But, towards the middle of the book, I could see he was coming around. By the end of the book, I liked him. He was everything that he wasn’t when they broke up. I felt that he was worthy of Kayla.

The chemistry between Gabe and Kayla was intense. From the minute they first saw each other, after two years, you could see the sparks. The more interactions they had, the more the heat there was. I was surprised that they didn’t have sex sooner in the book.

The sex scenes were deliciously hot. I swear my Kindle fogged up from the heat that they generated. Kayla was also a bit of a horn dog later in the book. She had a liking for outdoor/public sex. I mean, they got it on behind boards at the house Gabe was building, which was right next to her parents. They also had sex in the front seat of Gabe’s truck.

The end of the book was everything a romance novel should be. Certain things should have come sooner, in my opinion. I loved the epilogue!!! Total happy ending there. I am hoping that there is a book 2. Kayla’s sisters and her unmarried brother need some action.

What I liked about Bella Cove:

A) Complex and well-written characters

What I disliked about Bella Cove:

A) Certain members of Kayla’s family.

B) Gabe at the beginning of the book

C) Too much responsibility put on Kayla

I would give Bella Cove an Adult rating. There is language. There are explicit sexual situations. There is mild violence. I would recommend that no one under the age of 21 read this book.

There are no trigger warnings with Bella Cove.

I would recommend Bella Cove to family and friends. This is a book that I could see myself rereading.

I would like to thank Rochelle Katzman for allowing me to read and review Bella Cove.

All opinions stated in this review of Bella Cove are mine.