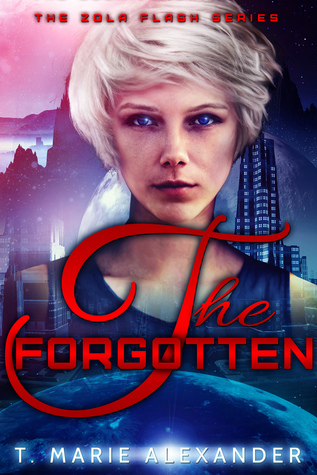 What I liked about The Forgotten is that Zola’s character grew. The glimpse that I saw at the end of the Zola Flash morphed into a fully fleshed out character. While Zola was 17/18 years old, she didn’t act it. The trauma that she was put through guaranteed it. I like that she was able to see through people’s BS and see how they are. Like certain members of the Grand Council. Her instincts were screaming about one of them and she was right to listen to them.

Pin still drove me nuts. By the middle of the book, I was done with his hot/cold routine with Zola. I was also done with him being jealous of her when she attracted attention from other men. Not when he had someone waiting for him at home. Just saying. He couldn’t have his cake and eat it too. I was also done with his secrets. OMFG, how many secrets of Zola did this man know and not tell her about? I was beginning to think that he needed a dose of truth serum. That way everything is out in the open.

I wasn’t feeling the whole semi-love triangle that was going on between Pin, Zin, and Zola. Zola wasn’t into Zin but into Pin. Pin was blowing hot/cold with Zola. And Zin, well, he had his own reasons for wanting a relationship with Zola. It was just a huge cluster that did eventually get ironed out. I didn’t think that it was needed in the book. Zin could have just been Zola’s friend instead of wanting to be with her.

There is a whole new storyline that is introduced about 2/3rds into the book and I thought it was fascinating. It explained why Zola was having the visions that she was having. The fact that Pin knew and didn’t tell her made me a little mad. I did think that she dealt with the news well. Well, as well as someone could deal with that type of news. I also thought that she dealt with the issues that came with it very well too.

I had questions from the last book that were answered in The Forgotten. Which was awesome because I was feeling a little lost after reading Zola Flash. Of course, new questions were brought up in this book. But I have a feeling that they will be answered in book 3.

The end of The Forgotten was action-packed. People died (some which surprised me) and new alliances were forged. The book did end of a cliffhanger but as with Zola Flash, the author did a great job not ending the book suddenly. I am excited to read book 3. I want to find out what new adventures that Zola and her friends will embark upon.

I would give The Forgotten a rating of Older Teen. This book would be good for anyone over the age of 16. There is kissing but no sexual situations. There is no language. There is violence. Nothing graphic, though.

Pros of The Forgotten:

Cons of The Forgotten:

This is a book that I would reread. I would also recommend it to family and friends.

I would like to thank T. Marie Alexander for allowing me to read and review The Forgotten.

All opinions stated in this review of The Forgotten are mine.

One thought on “The Forgotten (Zola Flash: Book 2) by T. Marie Alexander”