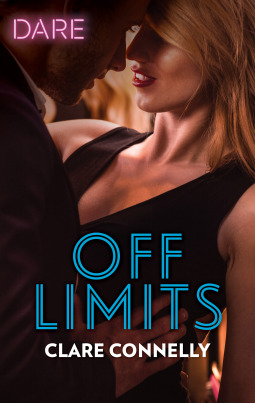 Where you can find Off Limits: Amazon | Barnes and Noble

“I want to taste you tonight.”

With chemistry this hot, it’s worth getting burned…

Billionaire Jack Grant is totally off-limits to Gemma Picton. He’s wild, deliciously dangerous…and her boss. When working late turns X-rated, it’s better than her wildest imaginings—and Gemma’s imagined a lot! But Jack has major emotional baggage, so when Gemma starts wanting to heal his heart as well as enjoy his body, she knows she’s in big trouble…

Usually, I am all for the hot, heavy tortured billionaire stories. But, for some reason, Off Limits rubbed me the wrong way. I couldn’t stand the female main character. The male main character had major issues that shouldn’t have been resolved in one book.

Off Limit’s plotline was very simple. Gemma works for Jack as his personal assistant. She is his right-hand woman and micromanages his schedule. Being attracted to your boss is a big no-no and Gemma tries to keep her attraction to Jack from showing. Giving in to her attraction could cost her job and that is something that she doesn’t want. One night, they both give in to their mutual attraction. That leads to a relationship that is all about sex. Until Gemma starts developing feelings for Jack. Feelings that she doesn’t want and can’t afford to have.

Gemma drove me nuts while reading Off Limits. She knew what she was getting into when she started having sex with Jack. She knew that he has some major issues but she was so jealous when he looked at another woman. I was eating Cheese-Its while reading and I started a mini bet with myself. Every time Gemma stormed off in a jealous rage I gave myself two Cheese-Its. Let’s say that I lost my bet with myself very early in the book.

Jack had some major issues and he knew it. He made it very clear to Gemma when they started sleeping together that this was going to be nothing but sex. I liked that he was upfront with her. I felt bad that he had to deal with her type of crazy, though. Put it this way, if she was my employee and acted that way towards me…..she would have been fired. Of course, he did give off conflicting signals to her…which didn’t help. But still.

As much as I found Gemma distasteful and annoying, I did think that the sex scenes between her and Jack were hot. There was heat and Gemma was very sexually adventurous.

The end of the book was your typical romance novel ending. All sunshine and rainbows with hearts thrown around. All plotlines were resolved in such a way that I, as a reader, was satisfied.

This is a book that should be for Adults only. There are some very graphic and descriptive sex scenes. So yes, this book wouldn’t be good for a younger kid.

While I didn’t care for Off Limits, I would recommend it if someone likes the author’s books. I definitely wouldn’t be rereading it but I am open to reading other books that the author has written.

I would like to thank Harlequin, Harlequin Dare, and NetGalley for allowing me to read and review Off Limits

All opinions stated in this review of Off Limits are mine.