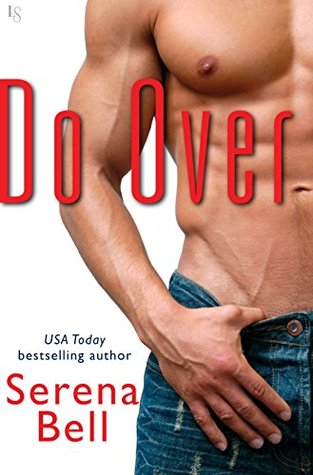 Where you can find Do Over: Amazon | Barnes and Noble

Toe-curling? Check. Sheet-twisting? Check. But is that enough for a second chance?

Jack: I’m pretty much as tough as they come. But when a woman comes to me in tears, I’m jelly. Scratch that—when Maddie Adams comes to me in tears, I’m jelly. That’s how we ended up making our incredible son five years ago, and that’s why I practically beg her to move in with me when she’s in a tight spot. Of course, the last time I got the chance to be the hero, I let her down, but I’m not making the same mistake twice. This time, I’m going to be the man she deserves—and then I’m going to lay every ounce of sexy on her until she lets me back into her heart.

Maddie: Jack Parker is hot, and he knows it. What he’s not is a family man, something this single mom had to learn the hard way. Still, moving into his place until I get back on my feet makes all kinds of sense. He’s an old friend. He’s, ahem, the father of my child. And let’s face it, now that I’ve just been colossally dumped, we’ve got nowhere else to go. The truth is, I never could resist Jack. Living under the same roof puts dirty thoughts in my head. And when my brilliant plan backfires, my whole body is begging for a do-over. . . .

Do Over is a standalone novel with no cheating, no cliffhangers, and a satisfying happily ever after. This ebook includes an excerpt from another Loveswept title.

I enjoy a good romance that has people getting back together years after they broke up. Even more so when there is a child involved and they are co-parenting. It brings out all my fuzzy warm feelings that I have (and have been accused of not having). Do Over, for some reason, did not give me those fuzzy warm feelings. While I enjoyed reading it, I couldn’t connect with the female or the male main character. Which annoyed me because I usually have a connection with at least one person.

Do Over did have a good plot. Maddie and Jack have a history between. Part of that history is that they have a son together. So when Maddie finds her boyfriend and best friend in a comprising position in the kitchen, she runs to him. Jack tells Maddie that she can stay with him until she finds her own place. Staying together reawakened old feelings in both.

Maddie annoyed me. She was whiny and at times, was undecided about if she wanted to move or not. You either want to be with someone or not. Plus, her trust issues got on my nerves too. She treated Jack like a child instead of a grown man. And she held him accountable for things he did/said right around she got pregnant. Now, I could understand her anger. A lot of her problems would have gone “Poof” if she talked to him after seeing that chick leave his apartment.

I did find Jack as annoying as Maddie. For a while, I actually felt awful for him. His self-confidence was at a zero. I really thought it was because he was a slacker. But when Jack started remembering how abusive his father was, I understood. Verbal and emotional abuse is as bad as physical abuse and all the damage is inside. I did think that Jack was a huge man-child at the beginning of the book. While he cared for his son, he never took care of him. Either his mother or sister did and Jack was there to play. He also had the awful choice in friends. Anyone who would discourage a father from spending time with his kid needs to go. Foot in the butt, out the door. I did not enjoy reading those scenes.

The end of the book was very typical for these types of romances. I did like the epilogue but it didn’t leave me fulfilled or satisfied as a reader.

Do Over is an ok romance. Heavy on the sex and light on the romance, this would be the perfect beach book. I could not connect to the main characters. I also felt that they lacked a connection too. This is a 20 and over book due to explicit sex, language, and some very mild violence. Would I recommend this book? I am on the fence about that. So let’s say maybe and leave it at that.

I would like to thank Random House Publishing Group, Loveswept, and NetGalley for allowing me to read and review Do Over.

All opinions stated in this review of Do Over are mine.