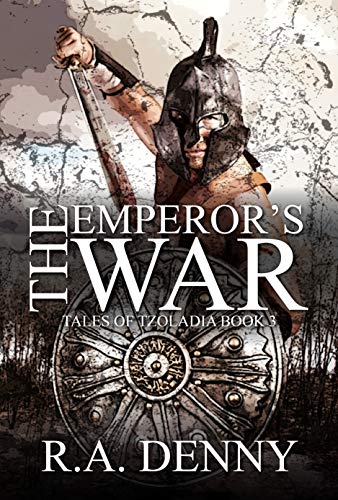 Where you can find Captives: Amazon | Barnes and Noble

Let the battle begin! The vast Tzoladian army clashes with the Karsonian confederation in the valley of Mt. Sarmos. But the stakes are higher than a mere fight for power between countries. As the cruel emperor intensifies his persecution of the “subhumans,” the three chosen youths make tough choices that will decide the fate of the world.

Amanki is a soldier fighting for an empire that wants him dead. After losing her freedom and her seal, Brina faces the ruthless leader of the Sparaggi tribes. Tuka is surrounded by intrigue. Plots of assassination abound.

Thrown into circumstances they never would have chosen or even imagined, the teens must adapt or die. Have they forgotten their true mission?

When I was asked to review book 3 in the Mud, Rock and Trees series, I jumped at it. I needed to know what was going to happen to Amanki, Moshoi, and Brina. Captives lived up to my expectations and then some.

Captives start shortly after the stunning events in Seekers. Brina is sold into slavery. Amanki is in hiding and Moshoi is presumed dead. They need to meet. That is going to be impossible because of the situations that they find themselves in. Will they be able to meet? Or will they fall victim to their fate?

I felt awful for Brina. She had to watch as her fellow Gilders are sold off. She kept that she understood the buyers hidden. Well, that is until Metlan, the former Glider captive finds her at the auction. He convinces his uncle, a general, to buy Brina and Oaken, a little boy that Metlan saved. Brina is to be a gift for the general’s wife. Her life takes a strange twist when the general rides off to war and his wife decides to follow.

Moshoi’s storyline seemed to end with him presumed dead. He was caught in a massive landslide and was buried under rocks. His brother Tuka and their companion, Burlem take up Moshoi’s quest. But, Tuka and Burlem run into trouble. Trouble that can kill them. Tuka must outwit those who want them dead to fulfill his brother’s quest. With the help of some unlikely allies, that might happen. If he can survive the “Gates of Hell“.

Amanki went into hiding after his events in Seekers. Staying with members of the Society of the World, he is kept to the fields. They hope to keep his identity secret from the people who are looking for him. During a random trip into the city, Amanki is conscripted along with thousands of other Webbies. He is sent to the same war as Brina and Tuka but he has a more dangerous role. A role that could kill him.

Metlan has become a major figure in the story. A cat rider, he saved Brina and Oaken from having a cruel master. But there is something about Metlan. Something that certain people are noticing. Something that Metlan is starting to wonder about. Something that could change the whole story.

I enjoyed the character development in this book. Each character grew as the book went on. The character with the most growth was Tuka. He went from being Moshoi’s little brother to a major part of the story. I loved it!! I do hope that Moshoi survived the landslide. I do because he was a great character also.

What I enjoyed the most were the different viewpoints. Captives are written in 1st person. I have a love/hate relationship with 1st person viewpoints. If it is more than one person, it takes away from the story. But with Captives, it works. Because the author is able to separate the characters. So each character has their own distinctive voice. It made it easier for me to imagine each character and their personalities.

Captives (and the whole Mud, Rock, and Trees series) would be a fantastic read for anyone over the age of 13. There is some violence but nothing graphic. There isn’t any language or sexual situations. This is a book that I would recommend to family and friends. I would also reread. I am awaiting book 4.

I would like to thank R.A. Denny for allowing me to read and review Captives.

All opinions stated in Captives are mine.

3 thoughts on “The Emperor’s War (formerly Captives) by R.A. Denny”