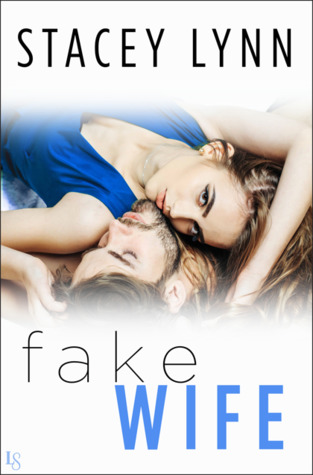 Where you can find Fake Wife: Barnes and Noble | Amazon

This marriage is strictly business… until the temptation gets way too real.

Sterling: I loved my grandma, but I don’t need her money. All I care about is keeping the house—the only place that’s ever felt like home. That, and screwing over my dad, who wants to turn the property into a mall. There’s only one catch: To receive my inheritance, I have to get married within six months. Me, the guy who’s never dated a girl for more than six minutes. Now I need to find a woman I can trust. So when I’m rear-ended by a Prius, I figure it’s a sign that I’m supposed to meet gorgeous, down-to-earth Teagan Monroe.

Teagan: First I lose my job. Then I come home and find out—in the most graphic way possible… yeah, that way—that my boyfriend is a cheating jerk. And then I speed off and nearly kill Portland’s sexiest bachelor. Sterling Lane should be pissed. Instead, he offers me more money than I’ve ever seen in my life to marry him and live together in a mansion for two years. No sex. No feelings. Just cash—enough to make all my dreams come true. Then we go and break all our rules… and I realize I’m falling in love with my fake fiancé.

I needed to read Fake Wife. The books that I have read before Fake Wife dealt with some pretty heavy subjects. I needed a book where I didn’t have to concentrate too hard on the plot but I still had a great time reading. That’s when I looked at my TBR pile and saw that Fake Wife was next. It was the book I needed.

The plot of Fake Wife is pretty basic. Girl gets fired from job, comes home early and catches boyfriend nailing a busty blonde on their bed. The girl ends the relationship and moves out that day. The girl then gets into a car accident with the sexiest bachelor in Portland, OR. Bachelor’s grandmother died, leaving him a house with a stipulation. He has to get married within 6 months of the will being read or the house goes to his scumbag father. Bachelor comes up with a plan: He will marry the girl, stay married for 2 years and he will have the house clear and free. The girl will be paid $250K for her role. All they have to be is roommates and the girl has to go to events with him. Which is easier said than done since they both want each other. Can they pull this off or will everything crumble?

I liked Teagan.  I thought she handled Drake’s cheating pretty well. If it was me walking in on that, I would be going to jail. When she hit Sterling’s car, her surprise was very genuine at his niceness. I also liked her reaction to his proposition. I would have acted the same way. What I didn’t get was when she let Sterling’s father into the condo. Sterling had told her not to. Yet she does it and then runs away when she sees what he brought (which was low). I was mystified about her running away. She knew how Sterling felt about his father. So for him to bring something important over because Sterling asked was out of character. I do like that she did realize what happened and came home. But still.

I loved Sterling. He was Teagan’s Prince Charming. Even more so, he came across as a normal, red-blooded man. He liked working with his hands and built a successful business out of that. He wasn’t your typical playboy bachelor. He didn’t have tons of friends, just two good ones with one being a woman. He was also a standup guy. I had tears in my eyes when he told the story of how he met Caitlin. He was a hero. I wanted to reach through the book and hug him for that. I also wish that he was real…lol.

The end of the book was pretty typical. Except for the situation with Sterling’s father. I was so mad at that for both Teagan and Sterling. But once they worked through it, I was thrilled. Of course, the epilogue was awesome. Teagan got her dream and Sterling got to live the life he wanted. And there is an added bonus there too!!

Fake Wife is one of those books that you can read at the beach or pool. Or, if it’s winter, by the fireplace. The sex was hot and the characters relatable. I hope there is a book 2 because I can’t wait to see what happens to them!! Well, past the epilogue.

Why: Sex, language, and mild violence

I would like to thank Stacey Lynn, Random House Publishing Group, Loveswept and NetGalley for allowing me to read and review Fake Wife.

All opinions stated in this review of Fake Wife are mine.