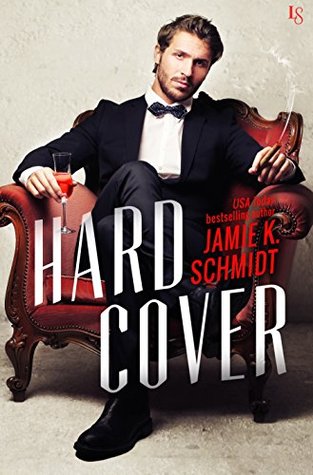 Where you can find Hard Cover: Amazon | Barnes and Noble

He can read her like a book. But will he give her a happy ending?

Dawn: I’d do anything to keep my bookstore. It’s a safe place for all women, somewhere to let their freak flags fly. I call it sex-positive. The menfolk call it smut. That’s how I met Rory Parker, the local billionaire trying to shut me down on behalf of the “moral majority.” He walked in with an offer I couldn’t refuse . . . except I did. Now Rory wants to play dirty. Well, he picked the wrong bookseller. Let’s see how much support he still has after people get a load of the little movie I recorded of the two of us going at it like wild animals in my shop.

Rory: I could care less how Dawn Nolan makes her money. The only thing I care about is how much she’s making. Her bookstore isn’t the kind of upscale attraction my investors want in this sleepy little tourist trap, so it’s got to go. But when Dawn personally finds out how I treat bad girls who misbehave, she seems to enjoy it as much as I do. Now I just need to destroy the copies of that video she’s threatening to post—as soon as I stop watching it. The trouble is, when I’m with her, all I want to do is get started on the sequel.

When I saw the cover and read the blurb for Hard Cover, I knew that I had to read it. So when I got approved for the ARC, I was pretty pumped. I have read and reviewed a lot of YA and fantasy, so reading a more adult themed book was what I needed. Hard Cover delivered that to me and then some. It was a welcome change of scenery from angsty teens and magical beings.

Dawn Nolan ran a bookstore that was either a haven or the devil’s workshop. Depends on who you asked in town. Her bookshop was a safe haven for women who weren’t as accepted as they should be in this day and age. Dawn sold sex toys, incense, occult paraphernalia and erotica in her bookstore. Her shop was not what the town leaders wanted in their community….even if it was needed. So it wasn’t a surprise when Rory Parker, who was redoing the downtown area, makes her an offer. Which she refuses.

Dawn decides to make a movie of her and Rory doing the nasty and plans to threaten him into letting her stay. Only thing, she wasn’t expecting to like him as much as she did. She is also hiding some major secrets from him. Secrets that will come back to bite her in the butt later in the book.

Rory has his own agenda for wanting the downtown area to become more upscale. He is trying to drive out the shadier aspects of the town because of what happened to his younger sister. Which is admirable but it won’t fix his sister. He realizes that. It takes something happening to Dawn for him to realize that there is something more than sex there.

Dawn was definitely one of a kind and I liked that. She wasn’t afraid to be her own person and didn’t care what other people thought of her. The bookstore was a sanctuary for her as well as the other women who came in. I didn’t blame her for being upset when Rory offered her the check. I loved the whole blackmail idea but that didn’t exactly work in her favor. I do wish that she let Rory know about her secrets sooner. It would have saved her a lot of heartache down the road.

At the beginning of the book, I thought that Rory was a bit of a jerk. When the book went to his viewpoint, there were things that were revealed about him that made me change my mind.  I did end up liking him but I also felt pity. His intentions were in the right place with cleaning up the downtown area. He didn’t want anyone else going through what his sister went through. Like I said, his heart was in the right place but having upper-class stores won’t keep out the shady people. I like that he understood why Dawn didn’t want to leave. So he worked on trying to make her store seem more mainstream without losing any of what made it special.

This book wouldn’t be an erotica if it didn’t have sex scenes that were red hot. And did it!! From the moment that Rory and Dawn did the dirty on Dawn’s couch in her store, it was on. They couldn’t keep their hands off each other. They were like freaking bunnies. I wish that I had their stamina and sex drive….lol.

The only complaint I have about the book is that Rory’s father got off scott free with his harassment of Dawn. It was mentioned, by Dawn, a few times in the book and then dropped. Same went with Dawn’s relationship with her father. It was stated over and over that they didn’t get along and couldn’t stand each other. But it seemed to me, by the end of the book, everything was water under the bridge. Including that he was in the group of men trying to run her out of her bookstore.

The end of the book felt a tad rushed to me. But I was glad that Dawn’s secrets were out and that Rory was going to be there for her. I loved the epilogue that was a year later. They might have had a rocky start but they were that couple that will stay together forever.

I do want to add that I loved the author’s note afterward about her cat, Ash. I was in tears when she explained that her cat was not doing well. I thought that it was right that she immortalized Ash in her book.

My Summary of Hard Cover:

Hard Cover is a book that will leave you with a smile after you are done reading it. It is full of hot sex scenes and it also has a very good plot. I loved Dawn and Rory, well Rory after a while. I am hoping that this will be a series. Dawn’s friends need their own books!!

Why: Language, mild violence, and sex.

I would like to thank Jamie K. Schmidt, Random House Publishing Group, Loveswept and NetGalley for allowing me to read and review Hard Cover.

All opinions stated in this review of Hard Cover are mine. I also received no compensation for this review