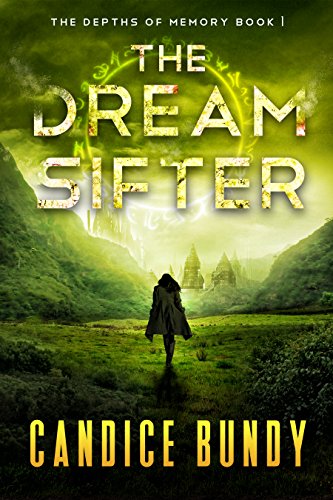 Where you can find The Dream Sifter: Amazon

Barren and shamed for her lack, Rai has no memory when she’s placed with an adoptive family, the large and prosperous Durmah Sept. Recurring nightmares pull her into another world–giving glimpses of a past she never recalls while awake. Rai fears for her new family’s safety in light of her mysterious past and newfound, bizarre abilities. Driven by a curiosity Rai can’t deny, she continues to search for the key to her fleeting bits of memory of people and places she has never seen.

Aided by her new family and opposed by the formidable Temple Matriarchs and their Guardians, Rai pushes toward remembering and as she strives to know, realizes the horror of who she was and what she is.

The Depths of Memory Trilogy is a sci-fi/fantasy trilogy.

I am not going to bore everyone with a long intro about how I love science fiction. If you have followed my blog long enough, you all know that. What made me agree to review The Dream Sifter is that I thought the blurb was interesting. Interesting because the world wasn’t newly settled. Instead, the colony had 600 years to settle on the planet. So the colony wasn’t a young one. Also the glimpse into what the society was like fascinated me. I am glad that I did review The Dream Sifter because it turned out to be a fascinating book.

What I liked is that this a matriarchal society. Women ruled the world here, not men. Women were the heads of their Septs (think clans) and they made the decisions. I was excited to read that because I have read a few science fiction books where a matriarchal society was portrayed in a good light. Don’t get me wrong, there was plenty wrong with this society and the women who run them. Plenty wrong.

I liked Rai but I shared in her confusion over what her past was. The author shared very little information about Rai. Only that she had a tragic miscarriage and became barren because of it. I did think that the author did a great job at slowly revealing Rai’s strange abilities. Little was revealed in her nightmares also. Now that I have read the book, I can see the key elements revealed in those elements but still. They were very creepy.

The whole sending girls when they became fertile into the Temple for “service” was creepy. These were 14, 15-year-old girls and they were expected to pop out babies for the next 3-4 years. Then their Temple service was over. If the girls had issues conceiving, the Temple used fertility drugs to help them along. But those fertility drugs came with a price. The men also had Temple service. In my mind, they were more like studs. Plus, they didn’t live at the temple. They got called in. I can understand why the Matriarchs did that. With the population declining, they needed to make sure that the colony survived. Still, that didn’t sit right with me.

I wasn’t sure about the Guardians either. Well, mainly Graeber. The way he was following Rai around bordered was almost stalkerish. He also seemed to know a lot more about Rai then he let on. Which drove me nuts because I needed to know what his connection was to her.

Ponar was the only one who I actually liked. He made mistakes, sleeping with Rai was a huge one since having sex between Septmates was forbidden. He cared about Rai and wanted to help her find out who she was.

I can’t forget Matriarch Bauleel. I didn’t know what to make of her at first. She did seem to have Rai’s best interest at heart. But, as the book went on, it seemed like she knew Rai. It also seemed that she and Graeber were protecting Rai from something or someone. The author did a fantastic job keeping that under wraps too. I was very surprised at who Rai was to Bauleel when it was revealed.

The end of the book was a cliffhanger. I hate cliffhangers and I was pretty upset that the book ended when it did. I kinda wanted to tear my hair out of my head because I had so many questions!!

The Dream Sifter is an engrossing science fiction/fantasy novel that had me reading it until the wee hours in the morning. The plotline was fantastic. The characters were very fleshed out. Other than the cliffhanger ending, I loved this book!!

One thought on “The Dream Sifter (The Depths of Memory: Book 1) by Candice Bundy”