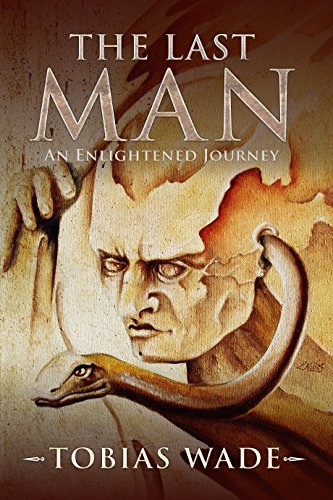 Where you can find The Last Man: Amazon

Embark upon the fantasy story of enlightenment through these seven surreal worlds.

All the while pursuing a desperate course to the center of the Earth where a primordial force awaits its freedom with the fulfillment of an ancient prophecy.

An epic and insightful adventure filled with magic, monsters, dragons, betrayal, and transcendence!

The Last Man is one of those books that take a while to get going but once it does, you can’t put it down. This book is a great blend of fantasy and action. I also liked the references to Christianity sprinkled throughout the book. But what got my attention was the fantastic world and character building that the author did. The character building impressed me. The world building was excellent also!!

The Last Man’s main plot is very straightforward. Farris witnesses her brother, Tom, being kidnapped shortly after an earthquake. She is sent on a quest to rescue Tom from those beings and to help him fulfill the prophecy. The prophecy is that Tom will be the person who sets free Lolaran Malhalion. Lolaran was in an endless fight with Nidhoggdrasil, a summoned serpent. Once the fight was over, the world will know and the child of the prophecy will go and set him free.

Farris drove me crazy go nuts at the beginning of the book. She was such a jerk to Tom. I wanted to reach through my Kindle and smack her. But during the book, she started to change. It was that change that I enjoyed because it took the entire book for her to do it. By the end of the book, she was what she should have been at the beginning of the book. But I liked that the author made her undergo that change as I read the book.

I liked Tom. After his kidnapping, the focus was on Farris for a long time. Then it switched to Tom. For the longest time, he held on to the hope that Farris was coming for him. Then his Paral-Zakdul captor’s told him that she was dead. That is when I noticed a change in him and not one for the better. By the time Farris caught up to him, his change was almost complete and it wasn’t for the better. He was almost evil and wouldn’t listen to her.

As a fantasy, The Last Man knocked that genre out of the park. I read a lot of fantasy and The Last Man is one of the best ones that I have read to date. Everything about it was fantastic!!

The only complaint that I have with the book is that there wasn’t a glossary!! A glossary would have helped me distinguish the different races, the realms and the names of the different characters. Other than that, I have no complaints at all.

The end of the book was what I expected. It was full of action and there was a surprising twist that I should have seen coming. But I didn’t and it surprised me.

My Summary of The Last Man:

The Last Man is an epic fantasy the reminded me of The Lord of the Rings crossed with Dante’s Inferno. This book is vividly written and has a plot that is fantastic. This book is one that will stick with you after you read it.

Will I reread it: Yes

I would like to thank Tobias Wade for allowing me to read and review The Last Man.

All opinions stated in this review of The Last Man are mine.

I received no compensation for this review.