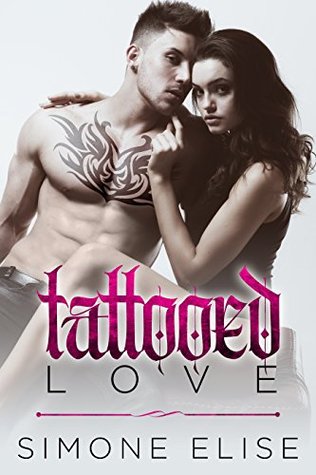 Where you can find Tattooed Love: Amazon

When your heart rules your mind, you don’t get to choose who you love. But what if that love could lead to your own destruction?
Amber is a rebellious high school senior and the only girl in a family of outlaw bikers. Her four brothers left when she was young to keep her away from their style of life, but despite their efforts, she’s wrapped up in criminal activities and her life is rapidly spiraling out of control.

With her life finally going up in flames, adding fuel to that fire is smoldering and infamous biker Jax. As she begins to fall for her dangerous love and throw caution to the wind, Amber might not be able to turn back from the risky path she’s chosen…

Being together might be dangerous, but, after all, outlaws are meant to break the rules.

If the book had kept to the Amber/Jax high school storyline, then I would have liked it a lot better. But there were twists and turns every chapter. Listen, I love a good twist or two but Tattooed Love had too many of them. I actually got lost reading the book because of all the plot twists and turns. I couldn’t keep what was happening straight in my head. I hate how that makes me feel while reading.

Tattooed Love is a romance that could fit into the Young Adult genre. Both Amber and Jax were in high school throughout the book. The romance part of the book did confuse me. Amber kept trading one unhealthy relationship for another under. I also had a hard time believing that kids in high school could pull off the stuff that they did. I also didn’t believe that Jax could be patched in as President of his father’s biker club at 18. Doesn’t seem possible but how am I to know who Australian bikers run their motorcycle clubs.

I thought Amber was the most immature spoiled brat that I have read recently. I couldn’t stand her. There were parts of the book where I wanted to reach through my Kindle and smack the stupid out of her. She drove me nuts. She jumped to conclusions about everything. Like when Mai was over. Instead of asking Jax about why she was over, she assumes that he was getting some and freaked out on him. Let’s forget about that thing called communication. Let’s also jump to the worst possible conclusion. She also was the queen of manipulation. It is safe to say that I didn’t like Amber at all.

Jax was also not on my favorite person list but I liked him a lot better than Amber. He had the sense to keep her at arm’s length for about 30% of the book. Then she got “marked” by a rival gang and he fell for her. That was the decline of him in my eyes. I felt that his character went on a downward spiral for the rest of the book. I did have some issues about him being patched in as the President of his father’s motorcycle club at a young age. It didn’t seem real to me. But like I said above, I have no clue how Australian bikers run their stuff.

I thought the sex in Tattooed Love was tepid at its best and boring at the worst. I couldn’t get into Amber and Jax’s sex scenes or any sex scenes with Amber. It was because I didn’t like her. All I know is that the sex scenes didn’t do it for me.

My complaints about Tattooed Love are addressed in the above paragraphs. So, instead of listing them, I want to discuss the positive parts of the book. I loved how protective Amber’s brothers’ were. While they were forced to step up when their father called them, they stayed and they did their best to keep her in line. They did have her best interests at heart. I laughed when she was at the house party and walked in on her brother having sex with a girl she despised. That whole interchange had me giggling like crazy. I liked that even though I thought their relationship was dysfunctional, Jax remained true to Amber. He took serious ribbing from her brothers’ about not touching the club girls. At that point, though, he realized that Amber was the one for him and he didn’t want to screw it up.

I was a little surprised at the end of the book. I should have expected what happened to happen. But I didn’t and I was surprised. I am looking forward to reading book 2. I need to know what Amber and Jax are going to do with certain situations.

My summary of Tattooed Love:

Tattooed Love was not my favorite book written by Simone Elise. I couldn’t stand the main characters and the plotline was confusing in spots and weak. It also had tepid sex scenes. If the plot was centered on Jax and Amber’s high school storyline then I would have liked the book more.

Will I recommend to family and friends: No but I will recommend other books by the author

Why: Sex, language, and violence. There are some pretty graphic scenes of Amber killing a man