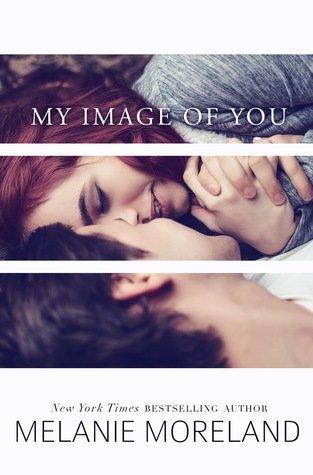 Title: My Image of You

Where you can find My Image of  You: Amazon | Barnes and Noble

She was the first good thing that ever happened to me. The only person who made me want to stay put. Until she disappeared. My name is Adam Kincaid, and I’m the most daring freelance photographer in the world. Or, at least, I used to be. After losing my parents way too young, I hid behind a camera lens—and discovered a talent that took me all over the planet. No assignment was too dangerous, no location too remote, no subject too painful.

Then came the accident, and the hospital, where I met her: Alexandra Robbins. My nurse. My savior. With her fiery red hair and crystal-clear blue eyes, the most striking woman I could’ve imagined—and the kindest too. How could such a big personality fit into such a petite package? But she was running from something too, something I never had: her family. She thought she’d escaped their control. But she was wrong. And now they’ve taken her away from me.

Today is her engagement party. I may not get an explanation, but I’ll be damned if I don’t get a photograph. A picture really is worth a thousand words. And just like love, it never fades away. . . .

My Image of You floored me. I wasn’t expecting it to be as good as it was. I read the blurb and said to myself “Going to be another Instalove romance novel“. Yeah, let’s sit here while I eat my words. While there was Instalove in it, there was also so much more to the story and that is what got me.

I’m not sure if I would classify Adam as a “bad boy“. Yes, he had tattoos. Yes, he rode a motorcycle. Yes, he had a dirty mouth. I didn’t get that vibe from him. The vibe that I did get from him was that he was an adrenaline junkie. Which explains his profession….taking pictures of natural disasters. It also explains how he ended up in the ER with a concussion the night he met Alexandra. I loved that he wasn’t one to shy away from his feelings and that he went after her, even when she told him that he shouldn’t. Also, I like that he fought for her later in the book (you need to read the book to find out what I mean by that).

I loved Alexandra. She was such a strong person. I mean, she dealt with things that would have broken a lesser person and she came out a great person in the end. I did think her reactions to Adam going away were a little over the top. But if I had a boyfriend who did something dangerous like Adam, I would have reacted the same way. I did like her transformation from a cowed girl to a woman was fantastic. The way she dealt with her parents towards the middle of the book was great. Which is why what happened afterward shocked me a lot.

Let’s talk about Alexandra’s mother and stepfather. I wanted to reach through my Kindle and smack them hard for what they did and what they were doing to Alexandra. I couldn’t believe that her mother let her stepfather put Alexandra through the abuse that he did. Not only that, she participated in it!! Which made my heart-break for Alexandra.

The last half of the book was a huge surprise to me. I was not expecting the author to go in the direction that she did. But, it added so much more to the book and to Adam and Alexandra’s romance. It was the end of the book that sealed the deal for me. I also loved the epilogue. I love it when the characters are shown a few years later.

My Summary of My Image of You: 4 stars

My Image of You is one of those stories that will keep you glued to the book. Full of suspense, romance, and great sex, it is hard to put down.

Why: Sex, violence, and language. Also see above for my trigger warning