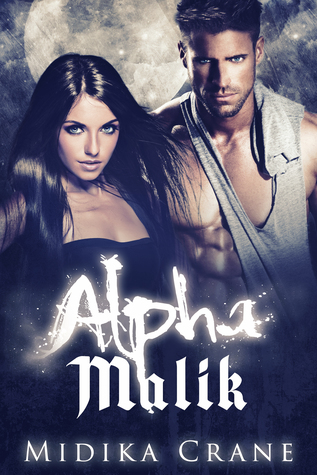 Where you can find Alpha Malik: Amazon

“Two girls from each Pack have been selected to represent themselves and their morals, to determine who is best suited for Alpha Malik…”

After being kidnapped and abused by an unruly rogue organization, Aria is forced to enter a competition with a man who has given up all hopes of finding his mate.

Alpha Malik is known as the Alpha of Love, and now Aria must compete against girls from every Pack, for his attention.

To save her own life, and his too, she must complete a mission that will force her into the Alpha’s arms.

However, a twist in the game changes everything.

Fifth book in the Alpha Series (You can read as standalone)

I have read the Alphas’ series since Inkitt has been rolling them out. Like I had said in Alpha Kaden, a good werewolf story is hard to find. What I like about this series is while everyone is werewolves, they don’t feel the need to shapeshift. While some people find this odd, considering they are werewolves, I actually like it. There is more emphasis on the person instead of on the shifting and the wolf. I was prepared to like Alpha Malik. I  like every other book in this series. Even Alpha Grayson, which I gave a lower rating than the other books in the series. So I was prepared to enjoy Alpha Malik. What I wasn’t ready for was how much I liked this book.

I did get a good giggle from the plot. It was a werewolf Bachelor. It was so different from the other books, which were more on the darker side, and I loved it. I giggled so much during those scenes. The elimination scenes, where Malik’s mother would tell the girls who had been sent home was pure gold. I wasn’t expecting the book to be as tongue in cheek as it was or as snarky as it was, based on the other books. I loved it!!!

I loved Aria. She was pushed into trying out to be Malik’s Luna by her friend and was floored when she was picked. She was a riot. She was so snarky that I was giggling during her interactions with the other girls. But her interactions with Malik were the best thing in the book. She kept putting him in his place and not giving an inch. I loved it.

Now, I remember Malik from the other books. He was a ladies man…big time. So when I saw that this was going to be his book, I was thrilled. I was hoping that the author would dig more into his character and she did. Malik had layers and each layer that was peeled back exposed a person that I thought was perfect for Aria. The more time they spent together, alone, the more perfect they were for each other.

The romance between Malik and Aria was so sweet to read. It started off slow. The author allowed the romance to grow and flourish before Malik realized that Aria was his mate. Which was a huge difference from the other books. I loved it. What made it sweeter is when Malik was talking to Rylan. He was discussing how to approach Aria to tell her how much he liked her. That surprised Aria as much as myself. I did a little “Awwww” when he finally came out and said something to Aria. It was too cute.

The sex scenes weren’t as graphic as they were in the other books. The author chose to focus more on Malik and Aria’s romance than the sex. But the sex scenes that she did write were hot.

There were some characters that disappeared from the book with no explanation. I had some questions about Malik’s mother and who was making her sick. Again, was mentioned a couple of times but nothing was said. Also, in the other books, Malik was talked about as being a bit older than the other Alphas’. But in this book, he was portrayed as younger, a bit older than Aria. I was a little confused by that. Other than those few things, I loved the book.

The end of the book was a bit dark. But it did end in a HEA. I am hoping that the author writes more books in this series!!

My Summary of Alpha Malik: 4 stars

I enjoyed Alpha Malik. What kept it from being a 5-star rating, though, was the inconsistencies that I listed above. Other than that, it was a great romance with likable characters.

I want to thank Midika Crane and Inkitt for allowing me to read and review Alpha Malik.

All opinions expressed in my review of Alpha Malik are mine and mine alone.