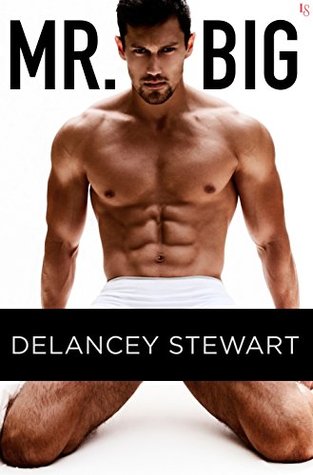 Where you can find Mr. Big: Amazon

Once upon a time, I had everything: money, power, a multimillion-dollar company, a loving family. Well, at least I thought I had everything. Then my parents died, and I found out my whole life was based on a lie. That’s pretty much the moment when I went numb. Told the world to f*** off and went on a bender of epic proportion, just to see how far I could fall before I hit rock-bottom.

Now I’m back and all I want in this world is my morning—okay, afternoon—coffee. Then one of my employees has the nerve to call me out for cutting the line at the coffeehouse at the company I own. Sure, I’m a little scruffier than usual, but come on, bitching out the CEO? Not a smart career move. Just who does this smart-mouthed ball-buster think she is? And more important, what do I have to do to get her number?

Holland O’Dell may be uptight, but I wouldn’t mind taking her back to my place and ripping off that business-casual blouse/skirt combo and burying myself in her curves. She pushes my buttons, but at least I’m feeling something. And whatever it is, I won’t stop until I get more.

I was pretty stoked to read Mr. Big when I read the synopsis on Random House’s NetGalley page. I am a sucker for a romance that has a good plotline, a conflicted hero, and a strong heroine. I really thought that I was getting that when I started reading Mr. Big. But, I knew something was off after I read the first chapter.

Oliver rubbed me the wrong way. He decided, before the book began, that he needed a break from a company that he founded. That he was tired of being the CEO. So, he took off on a 6-month vacation. Then he gets a phone call that his parents were killed in a car accident and he found out something that turned his world upside down. I was alright with the book up to that point. It was how he dealt with that news turned me from him. The way he acted (not the way he felt because I could 100% see where he was coming from) was the biggest turn-off. It killed the rest of the book for me. Nothing like reading a scene where a grown man is throwing a temper tantrum by throwing potted plants around. I actually sympathized with the plants.

On the other hand, I really liked Holland. She was feisty and she was not afraid to stand up for herself. The scene in the café, when Oliver decided to cut ahead of everyone in line, perfectly illustrates my point. She went over and gave him a piece of her mind…which is what he needed. I also agreed with her views on women in the workplace. She also heard her biological clock ticking and as a joke, her sister (well foster-sister) brought over a few sperm bank brochures. Let’s just say that her sister’s joke kind of bit Holland in the but during a crucial point in the book.

The romance between Holland and Oliver didn’t really do it for me. Maybe it was because of how I felt about Oliver (see above paragraph). The relationship seemed forced and I didn’t feel that there was any chemistry between them. The sex, while hot, didn’t do anything for me. I couldn’t get into it. Again, my feelings for Oliver were the reason I couldn’t get into it and usually sex scenes are my favorite scenes in these books.

Now, I was surprised by what happened later in the book. There were hints leading up to what happened but it was still a surprise. As was Oliver’s reaction to it. Which again, went in line with his idiotness. Honestly, I didn’t believe it when he had a change of heart months later.

How many stars will I give Mr. Big: 2

Will I reread: No (but I will read other books by the same author)

Will I recommend to family and friends: No (but I will recommend books from the author)

One thought on “Mr. Big by Delancey Stewart”