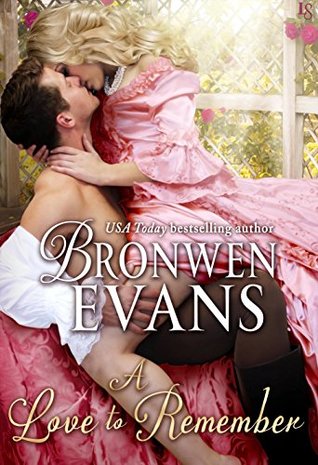 Title: A Love to Remember

A Touch of Passion – Book 3

A Whisper of Desire – Book 4

A Taste of Seduction – Book 5

A Love to Remember – Book 7

A Dream of Redemption – Book 8

Where you can find A Love to Remember: Barnes and Noble | Amazon

A fiercely independent duchess and a brooding, reclusive Earl are tested by the demands of desire in this unforgettable romance from the USA Today bestselling author of A Kiss of Lies and A Night of Forever.

For Rose Deverill, one husband was enough. As the wealthy widow of the Duke of Roxborough, she has cultivated an unsavory reputation meant to discourage wife hunters. Thanks to a string of steamy affairs, Rose is perfectly content to be known by polite society as the “Wicked Widow”—until she’s reunited with the man she fell in love with at age fifteen. Their bedroom encounters are scorching, but it breaks Rose’s heart to wonder whether her reckless behavior ruined her for Philip Flagstaff.

The second son of the Earl of Cumberland, Philip never wanted the title. But after Philip’s older brother, Robert, follows him into the Battle of Waterloo, his worst fears come to pass. Now Robert lies in a soldier’s grave, and Philip is determined never to pass on the inheritance to children of his own. Then Rose appears, soothing the pain with her delightful curves and passionate kisses. The notorious Duchess seems to want nothing from him—and yet Philip has never ached to give a woman more.

I know I have mentioned in other reviews how much I like historical romance and I do know that I have mentioned, on several occasions, how much I dislike reading books that are in a series out of series order. Well, A Love to Remember not only fulfilled my historical romance craving (I have read contemporary a lot these days) but it also can be read as a standalone book. Which made me very thankful because I have enjoyed the two books I have read out of this series.

What I really enjoyed about A Love to Remember was that Rose was no innocent virgin. She was married and widowed at a young age….leaving her to explore her sexuality. That is something that is almost unheard of in most historical romances that I have read and to be honest, it was very refreshing to read. There was no de-flowering scene when Philip and Rose had sex and Rose knew what she liked and she knew how to please Philip. I. Freaking. Loved. It. Don’t get me wrong, I love a romance where the virgin is de-flowered but sometimes it gets old. So when you have an older woman (26 for that era was considered old) who decided that she was going to be in charge of her body (again, for that era…totally unheard of since women were considered men’s property) and who fully enjoyed sex, I couldn’t get enough.

I really liked Rose too. She had a mind of her own, knew what she wanted and wasn’t about to let a man order her around. She loved with her whole heart…be it her son, Drake, or Philip, who she had loved her years. But she was also realistic and knew that her and Philip’s relationship was just sex-based….even though she loved him. I also like that she wasn’t at all bothered by her “Wicked Widow” reputation. But I did find some fault with that. While I loved that she was sexually aware and that she took lovers, I really couldn’t help but think “Would have the ton really accepted her in real life“. Honestly, that is probably the only thing that I could find to complain about with this book.

Philip, I wanted to strangle most of the book. He kept things so close to his chest that I kinda wanted to shake him and say “Dude, you love her…just go tell her.” But no, being a typical man, he refused to act on his feelings until it was almost too late. While I wanted to strangle him, I did feel bad for him. He had survivor’s guilt over surviving the battle that got his older brother and heir killed. It affected everything that he did from that day forward. It almost cost him his relationship with Rose. It took two acts of violence to wake him up.

Speaking of that, I didn’t see that plot twist coming. Nothing leading up to it until Rose received the note in her bedroom, threatening to tell Philip her secret (want to know what…read the book). Then everything slowly started to come out and I was shocked by who the villain was. I was totally not expecting that person to be the bad guy.

The sex scenes were burning and I loved that there was no “introduction to his member” scene. Actually, the first chapter of the book, they are going at it doggy style…so yeah. Rose was experienced (see what I wrote above) and I think that brought a little extra oomph to the sex scenes. And when their feelings started to get involved, it made the sex even hotter, in my eyes.

The end of the book was your typical HEA and I loved how everything was pulled together for the epilogue I can’t wait to read the next book!!

How many stars will I give A Love to Remember: 4

2 thoughts on “A Love to Remember (The Disgraced Lords: Book 7) by Bronwen Evans”