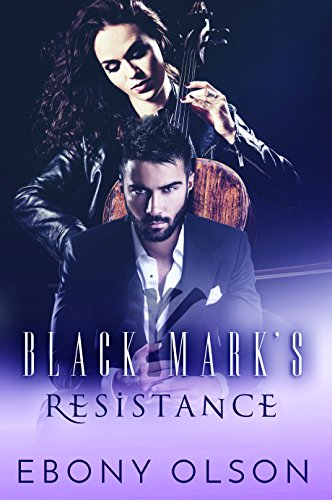 Where you can buy Black Mark’s Resistance: Amazon

Get the #1 bestselling Black Mark Series in an exclusive and complete boxed set, including Black Mark’s Resistance, Black Mark’s Secrets, and Black Mark’s Heart. This collection of steamy and thrilling romance series is bound to keep you on the edge of your seat!

You’ve never been wanted. You’ve never been loved. You release your emotions by bleeding and having sex. But now, the hottest person alive develops a sudden interest in you. What do you do?
Mora has never had an easy life. Physically and mentally abused by her mother, she’s never known what being wanted or loved felt like. Her only relief? Sex, bleeding and playing the cello. And now, her new boss, Darius, has shown an interest in her character. Will Darius become another danger in Mora’s life, or is he the absolution she’s been internally wishing for?

When I saw that Inkitt had Black Mark’s Resistance available for review, I downloaded it. I have reviewed a few of Ebony Olson’s books. They have always been a quick, nice read and I was expecting the same with this book. While it was a quick read, I wouldn’t classify it as nice. Did it have nice parts, sure, but the tone of the book was dark.

I couldn’t connect with Mora. Not that I didn’t like her, I did, but she was so damaged by her past that it made her almost unlikable at points in the book. She kinda rubbed me the wrong way from the get-go. The way that she talked to Darius and Warren at the beginning of the book…yeah, she would have been fired on the spot.

Her sexual exploits were fantastic. She was open to everything and there wasn’t anything that she hadn’t done or tried. The sexual tension between her and Darius was almost overwhelming. At one point, I wanted to scream “Do it” all ready because the tension was that bad. Those scenes were my favorite for obvious reasons.

Darius was an enigma and I do wish that more was revealed about him sooner in the book. The fact that he had sex with couples was pretty interesting but nothing was really said about it after he told Mora. Also, I wish more information was given about his time as an escort. I also wish that he was more forthcoming with his attraction to Mora. The whole hands-off approach kinda turned me off.

The end of the book was a bit strange. It ended suddenly and it ended on an angry note. Normally I would like it but the abrupt ending kind of threw me for a loop. I actually thought I missed something and went back. Saying that I am pretty excited about reading book 2. Nothing except the plotline with Mora’s mother got resolved. So I am expecting answers in book 2

I actually liked Black Mark’s Resistance but I had to give it a 3 rating.  The plotline was good and the sexual interactions between the characters were hot. I couldn’t connect with Mora and Darius creeped me out at times.

All opinions stated in this review are mine