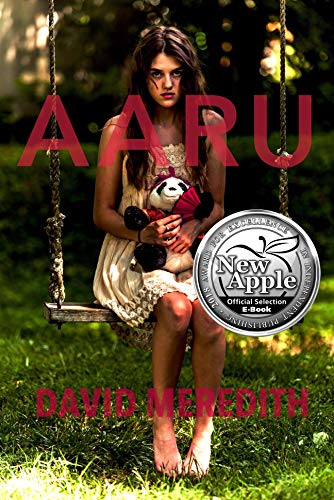 Rose is dying. Her body is wasted and skeletal. She is too sick and weak to move. Every day is agony and her only hope is that death will find her swiftly before the pain grows too great to bear.

She is sixteen years old.

Rose has made peace with her fate, but her younger sister, Koren, certainly has not. Though all hope appears lost Koren convinces Rose to make one final attempt at saving her life after a mysterious man in a white lab coat approaches their family about an unorthodox and experimental procedure. A copy of Rose’s radiant mind is uploaded to a massive supercomputer called Aaru – a virtual paradise where the great and the righteous might live forever in an arcadian world free from pain, illness, and death. Elysian Industries is set to begin offering the service to those who can afford it and hires Koren to be their spokesmodel.

Within a matter of weeks, the sisters’ faces are nationally ubiquitous, but they soon discover that neither celebrity nor immortality is as utopian as they think. Not everyone is pleased with the idea of life everlasting for sale.
What unfolds is a whirlwind of controversy, sabotage, obsession, and danger. Rose and Koren must struggle to find meaning in their chaotic new lives and at the same time hold true to each other as Aaru challenges all they ever knew about life, love, and death and everything they thought they really believed.

As most of you know, if you have been longtime followers of my blog, one of my favorite genres of books to read is YA. So when David Meredith approached me to review Aaru, I jumped on it. What drew me to this book was the storyline. It is original and I couldn’t wait to see where David was going to go with it. I wasn’t disappointed!! Aaru was everything I expected and then some.

Rose was a tragic character. Diagnosed with leukemia, she was in the hospital waiting to die. It was there she was presented with a weird but intriguing idea. What if someone could take a scan of your brain,  put it in a computer and you will live forever once you die? Would you do it? She did and when she did die, she woke up in Aaru, a land where everything and anything is possible. A land where you couldn’t get sick, you could die and you could live forever. Sounds perfect and it was for Rose. The only thing was that she was missing her family, mostly her younger sister, Koren.

Koren had a very hard time after Rose died. She died her hair black and was lashing out at her parents. Then the day came when Elysian’s Industries brought them to their compound and showed them the unbelievable. Rose’s essence, her personality, was alive in a program called Aaru. Koren, who at first disbelieved what she was seeing, was brought to her knees when she realized that she was seeing Rose in the window. What happens next sets the tone for the rest of the book.

I enjoyed reading this book, even if it made me a little sad at times. My brother, Michael, passed away 10 years ago at 24. I could relate to Koren’s grief and then her elation at being able to talk to Rose again. I know I would have had the same feelings.

The two storylines, Koren’s and Rose’s, were so different. I had no problem keeping them apart. Koren was a spokesperson for Aaru and being in the public eye, she attracted some unsavory characters. Meanwhile, Rose was realizing that immortality isn’t what she thought it would be.

The end of the story was interesting. None of the storylines were wrapped up. In fact, I have a feeling that the Magic Man is going to play a huge part in book 2. I am very excited to read book 2. I have questions that need to be answered. Mainly, who is Magic Man??

My summary of Aaru: 4 stars

I enjoyed reading Aaru. It demanded my complete attention from the minute I started the book. The plotline was fantastic, the characters were memorable and I loved the idea of Aaru.

Why: Sexual situations (Rose has sex but no details are given) and violence. There is a graphic scene of Koren being held in the Magic Man’s house

2 thoughts on “Aaru (The Aaru Cycle: Book 1) by David Meredith”