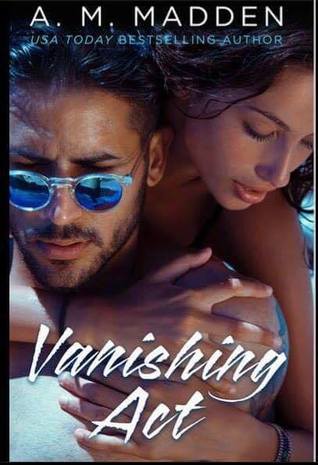 Where you can find Vanishing Act: Amazon

In this captivating standalone romance from the USA Today bestselling author of Stone Walls, Hollywood’s hottest actor meets his dream woman: a free spirit who has no idea who he is.

After personal heartbreak and professional setbacks, Landon Price is running on empty. If he doesn’t take a break from the public eye soon, he’ll risk becoming another cautionary tale in a town that’s full of them. So in between film projects, Landon asks his agent to clear his schedule and then he simply . . . vanishes. Renting a discreet home on a remote Hawaiian beach for the summer, Landon begins to recharge. And in the process of finding himself, he meets a beautiful, feisty local who challenges everything he thinks he knows.

Zara Jobert has no interest in being a conquest for a cocky playboy from the mainland—even one with undeniable charisma and movie-star good looks. So she’s pleasantly surprised when the handsome newcomer’s persistent advances mellow into cozy banter and sneakily seductive intimacy. When Landon reveals his true identity, Zara’s hurt that he lied, but she doesn’t care that he’s famous. Unfortunately, not everyone feels the same way. And falling for Landon might come with a heartbreaking choice—between Zara’s old life, and a new love.

I was pleasantly surprised by Vanishing Act.  I wasn’t expecting to do be sweet as it was or for it to get as emotional as it did.  Maybe I have been jaded by the last few books that I have read because I honestly went into Vanishing Act expecting it to be a boy meets girl, boy and girl have hot explosive sex for chapters and chapters and maybe some action or drama is thrown in. Instead, what I got, was a well-written book that explored grief, how it affects people in different ways and of course love.

What I also liked about Vanishing Act is that the author chose to have Zara’s father and mother meet, fell in love and had children in South Africa during the latter part of the apartheid. The reason why they fled to Hawaii was heartbreaking and I can definitely see what Zara’s father had issues. Their older daughter, Lilou, was kidnapped, tortured and murdered by people who supported the apartheid. They also left a note saying that Zara and her other sister, Annia, were next. So, he did what any parent would do. He moved to protect his children. Unfortunately, he was also convinced that those evil people would come after his family and it did affect him. So I wasn’t surprised when certain events happened in the book. I could see it coming from the moment that the author introduced his character.

Landon’s story was also one that took me by surprise. I honestly wasn’t expecting the raw emotion when he was talking about his twin brother, Logan. Logan suffered oxygen loss during birth, which caused him to become mildly retarded. He and Landon were extremely close and when Logan died in a car accident, Landon blamed himself for not being there. I cried right along with him and Zara when he finally gave in to his grief. The grief that he was not allowed to show because he was filming a movie.

I thought Zara was perfect for him, even if she was a little too sheltered (see above for the reasons why). She was probably the sweetest character that I have read about to date. And she wasn’t saccharine sweet either. This sweetness was a genuine sweetness. The growth of her character was amazing to read. She went from this quiet, sweet girl who just took her father’s suffocating overprotectiveness to a woman who was willing to give up her family to be with the man she loved. I loved reading it!!

Landon and Zara’s romance was sweet. What I really liked is that the author made them get to know each other, become friends. It was a refreshing change of pace from the boy meets girl and bam, they are in bed in the first chapter. The build-up, the making out, the heavy petting, the getting to know each other was an excellent build up to when they had sex. The only complaint that I had been that they went bareback and that she actually asked him to because she wanted magic. That is the only part of the book that raised my eyebrows and made me go “Uh, okay“. You do know what comes out of “magic“……lol. I have 3 of them and they are not made of magic (even though one of them is convinced she is a unicorn fairy princess….but that’s another post).

I did expect the events that happened after they went to mainland-Hawaii to happen. He couldn’t stay undercover forever. But what I didn’t expect was the events that happened afterward. I think my heart broke right along with Landon and Zara and I will say that I think that Andres was in the wrong for his reaction. But, things are resolved and the ultimate happy ending.

How many stars will I give Vanishing Act: 4

Why: Well written romance that grabs you in the feels from the get-go and doesn’t let go until the end. Has relatable characters and a stinking cute dog name Marshmallow/Spike