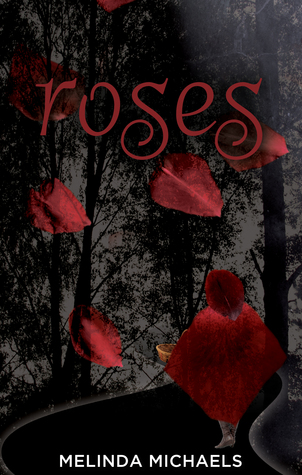 Where you can find Roses: Amazon

When Poppy Pruette comes home for the summer after her first year at college, she expects it to be just like every summer before it: filled with cookouts, nosy neighbors, town hall meetings and long, hot days.

She never expects a murder. Not in Miner’s Way, Virginia.

But the sanctity of her small town is shattered when Poppy’s widely beloved grandmother, Rose, is brutally killed the night of a neighborhood barbecue. No one knows what to make of it or who might be responsible, least of all Poppy—until Detective Owen Peirce arrives from out-of-town with strange questions and a family history far more sinister than Poppy ever imagined.

Owen believes Poppy was the intended target, not Rose. Now, to save herself, Poppy must go into hiding and learn the truth about her family legacy. What she uncovers will change her life forever.

A grim and delightfully plausible fairy tale retelling, Roses is the story of a young woman contending with the question: what do we owe to our ancestors?

I enjoyed reading Roses but I had issues with following some of the content. See, Roses is book 2 in the Golden series by the same author and the characters and storylines from the first book are heavily involved in the latter part of the book. Which made it very hard to follow at times because the characters (mainly Owen) would talk about events from the last book. If I had read Golden first and then read Roses, then I would have a better grip on the storyline.

I felt bad for Poppy but that girl got on my one last nerve. She came across as a childish, spoiled brat who defied Owen at every turn. I mean, someone is out to kill her and she just takes off for New York City to go see her best friend. Doesn’t answer her phone and then acts like a brat when Owen tracks her down. Made me want to tear my hair out or reach through the book and give her a shake. She did grow on me after New York City and I actually liked her at the end of the book.

Owen, I liked and I felt bad for him. He had such a tragic backstory and what happened to him when he was younger did shape him into the person he became as an adult. I also liked, really liked, that he didn’t want to follow his story. He wanted to make his own story and in a way, he did. He did go to California to rescue his princess but came back for Poppy. If I had any doubt about his feelings for her, they were definitely cleared up when they reunited.

How many stars will I give Roses: 3.5 (rounded up to 4 on Goodreads and Amazon)

Why: Roses definitely kept my attention while reading. From the complex characters to a great plot, Roses is on my keeper list. Now, why I gave it a 3.5 rating: It is not a stand-alone book.

Why: This is a very clean book. Some mild violence and language and one kissing scene.

One thought on “Roses (Golden: Book 2) by Melinda Michaels”