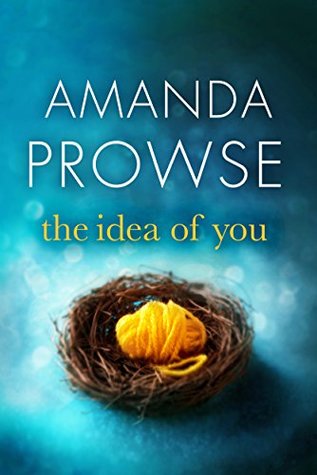 Title: The Idea of You

With her fortieth birthday approaching, Lucy Carpenter thinks she finally has it all: a wonderful new husband, Jonah, a successful career and the chance of a precious baby of her own. Life couldn’t be more perfect.

But becoming parents proves much harder to achieve than Lucy and Jonah imagined, and when Jonah’s teenage daughter Camille comes to stay with them, she becomes a constant reminder of what Lucy doesn’t have. Jonah’s love and support are unquestioning, but Lucy’s struggles with work and her own failing dreams begin to take their toll. With Camille’s presence straining the bonds of Lucy’s marriage even further, Lucy suddenly feels herself close to losing everything…

This heart-wrenchingly poignant family drama from bestselling author Amanda Prowse asks the question: in today’s hectic world, what does it mean to be a mother?

This review is going to be a huge trigger alert. If you have ever had a miscarriage, was a teenage mother or was forced to give a child up for adoption…..don’t read this review. Hit the back button and keep on scrolling. If you do keep on reading and trigger from reading this….don’t say I didn’t warn you and don’t get upset. So read at your discretion and don’t go past the read more block I put up.

I was not expecting this book to make me an emotional mess while I was reading it.  I started sniffling during Lucy’s 1st miscarriage and was in all-out tears by the end of the book. So let it be warned….even if you don’t cry, you will.

In between chapters, there is a letter written to someone, a child, from Lucy. At first, I thought it was to the children that she had lost at the beginning of the book. Then I thought she was writing the letter to Camille from the future as her stepmother. But when it was revealed that she was writing the letter to her daughter that she was forced to give up for adoption at birth, my heart broke. The anguish in that letter just came off the page and it broke my heart.

Lucy tried so hard in this book. Tried to set ground rules for Camille (who was a brat in the first part of the book), trying to get over her back to back to back miscarriages and tried to be a good wife while dealing with all the emotions that come with miscarriages. I loved that Jonah was just as hurt as Lucy and the author showed him dealing with his emotions too. Not a lot of books do that.

Jonah, while I liked him, really ticked me off when Lucy revealed that she had a child at 16 and was forced to give her up for adoption. It really irked me that out of everything that was going on in their lives, he chose that particular thing to blow up about. He did redeem himself when he read the note from Camille and went to the flat where Lucy was staying because he thought something was wrong. That definitely was the point where I said “Ok, he was dealing with a lot of stuff coming from seven different directions and blew up” and decided to give him another try.

I didn’t know what to feel about Camille at first. She was so standoffish with Lucy when she first got there….even though Lucy did everything to make her comfortable. She would be so flip with her when Jonah wasn’t home and then plead innocence when Lucy would bring it up to Jonah. I started not to like her when she told Lucy that she (Camille) knew Lucy wouldn’t be around for long and that her father’s love life was like a revolving door. Not the Lucy was helping the relationship with her being jealous of Camille and Jonah’s relationship and Lucy feeling like a third wheel. But, there was a reason Camille was acting the way she was and when it was revealed, I felt bad for her. I also thought it was very telling that she told Lucy that she was pregnant…..before she told her father and mother. That was the turning point in their relationship.

The end of the book was a little bittersweet and I know I cried a lot at it. I loved how everyone was at peace with their decisions and how broken relationships were being mended.

How many stars will I give The Idea of You: 5

Why: This is a beautifully written book that will tug at your heartstrings. I couldn’t put the book down. I had to find out what happened next with Lucy, Camille, and Jonah and see if their relationships would survive the storms!!

Why: I was on the fence about the rating of this book. I couldn’t decide if it was a late teen or adult. I went with late teen because there is no violence, no sex, and some mild violence.

One thought on “The Idea of You by Amanda Prowse”