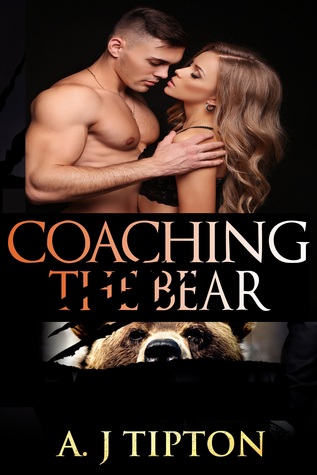 Christmas with the Bear – Book 4

A debonair billionaire struggling to improve his company. A voluptuous personal trainer with nothing left to lose. Can their passion save the people they love?

Handsome bear shifter Walter has the vision and drive to save his family’s company, but not the power. After months of watching his older, playboy brother, Raymond, destroy the family business, a drunken bet finally gives Walter the opportunity to win it all back. Everything comes down to the shifter games: a contest of strength, speed, and cunning, where the winner takes all. One problem: Walter has never won before. Until he meets the strong woman of his dreams…

Katherine is an accomplished personal trainer who has lost her job due to Raymond’s negligent business practices. When she flies into town to confront him, the last thing she expects is to become embroiled in a bitter feud between the brothers, where the outcome will determine the fate of everyone she loves.

While Katherine trains Walter for the competition, private coaching gives way to life-changing passion. Will Walter be strong enough to win the games…or will his brother’s devious ways crush Walter’s dreams?

Coaching the Bear is a short paranormal romance novella in the “Bear Shifter Games” series, a set of stand-alone stories that sizzle and satisfy. If you like steamy romance, muscle-bound shifters, and magical action, then you’ll love AJ Tipton’s breathtaking book.

Buy Coaching the Bear to get in the game today!

If you want a short story that is crammed full of sex, action, and intrigue….then this is the short story to read. I have read novels that were 500+ pages (two back to back and yes for review) so this is exactly what I needed.

Katherine was amazing!!! She was willing to go and tell off the owner of the resort chain, who closed down the resort she worked at. What she didn’t count on was his very hot younger brother to get involved and back her up. I think my mouth would have hit the floor if that happened. I also don’t think that she expected to be as attracted to Walter as she was.

Walter was everything Raymond wasn’t and he was willing to do a special shifter game to get hold of the company. The only thing….he has balance issues. So when Katherine said that she would train him, he jumped on it. I will say, she did do wonders in the week that they had together.

I wasn’t expecting the storyline with Raymond to go the way it did. I had to laugh at newt nuts being an artificial stimulant that caused shifters who took it to burp butterflies. I was dying laughing at that and I died laughing when Walter switched the newt nuts with salamander testicles. I couldn’t breathe, I was laughing so hard. On the other hand, Walter also found out that Raymond was siphoning money into an offshore account. Even if he didn’t win the race, I would think that alone would be enough to unsurp Raymond (and this is where the intrigue came into play).

The sex, when Walter and Katherine did have it, was page burning hot.

The end of the book definitely kept you on the edge of your seat….even though you knew who would win. Still, the action up until the end was great. To be honest, I did feel bad for Raymond because without his newt nuts, he kinda sucked….lol.

How many stars will I give Coaching the Bear: 4

Why: A short story that packs a lot into it. The sex was great, the action was great and I liked that it made me laugh (newt nuts…haha).