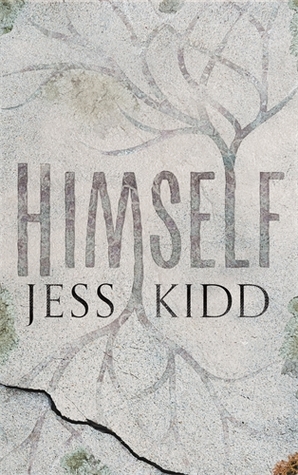 When Mahony returns to Mulderrig, a speck of a place on Ireland’s west coast, he brings only a photograph of his long-lost mother and a determination to do battle with the village’s lies.

His arrival causes cheeks to flush and arms to fold in disapproval. No one in the village – living or dead – will tell what happened to the teenage mother who abandoned him as a baby, despite Mahony’s certainty that more than one of them has answers.

Between Mulderrig’s sly priest, its pitiless nurse and the caustic elderly actress throwing herself into her final village play, this beautiful and darkly comic début novel creates an unforgettable world of mystery, bloody violence, and buried secrets.

Told in 3rd person, Himself is a book about a young man trying to find out what happened to his mother in a small village in Ireland. With supernatural, mystery and crime-woven into the book, Himself is a book that will suck you in and not let you out until you finish it.

I really liked Mahony and definitely felt for him while he was searching for answers for what happened to Orla and who his father was. He had so much opposition but also had so much help, if that makes sense.

The mystery of who killed Orla was a true mystery to the end. The author did a great job of hiding his identity. It was only when the dog was killed and then showed up by the killer’s side was I clued in. Well, that and the other two murders in the village.

I loved the supernatural elements of the book. The ghosts, the storm, the pagan stream in the priest’s house (which was ironic and funny to me), just added more depth to the book. I like that the ghosts were not who they were in real life and they kept their secrets as well as they did when they were alive.

What I really liked about this book was that not all the storylines were resolved in a way that was satisfactory or not at all. One storyline, I do think I figured out who it was ( read the book if you want to know what I am talking about….haha).

How many stars will I give Himself: 5

Why: A great book that had so many layers to it, it resembled an onion in my mind. Once I peeled one layer back, another one appeared. The characters were multi-dimensional (hence the layers) and the storylines were not all happily resolved.

One thought on “Himself by Jess Kidd”