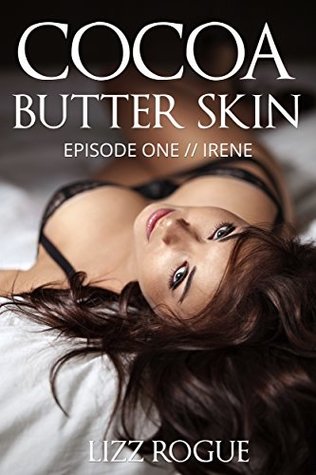 Irene Maria Nolan is one of the best lawyers in New York. She’s charming, intelligent, and won’t let anything stand in her way to get to the top. When her boss decides to send her to London for the International Criminal Law Congress, Irene knows this is her chance to really get ahead. Unfortunately, he’s also sending along his arrogant son, who has set his sights on Irene. She will have to muster up all of her cleverness in order to sidestep his advances and stay centered on her goals.

But when Irene faces temptation from a whole different caliber, the normally eloquent lawyer suddenly becomes tongue-tied. What happens when her infallible wit and charm suddenly fail her? Will Irene find a way to ignore this enchanting temptress and stay on task? Or will she divert from her career-minded goals to explore this new sensation?

What a steamy, sensual book with a great plot. It is pretty rare that you find an erotica that actually sticks to the plot. Not that sex from page one is a bad thing but sometimes I need a little more and I found it in this book.

Irene was at the top of her game. She had it all: a great job, looks, intelligence but she was missing that special someone. Unfortunately, her boss’s son, a fellow lawyer, has set his sights on her and is determined to get her into bed. Which isn’t going to happen.

Irene is in for a surprise when her boss sends her to London for an International Criminal Law Congress. On the plane ride there, she notices a very attractive woman accompanied by several men. Overhearing their conversation, she figures out that they are a band. What she didn’t count on was the instant attraction that she had for the woman.

After they arrive in London, she starts to run into the woman….a lot. Irene finds out her name (Kayleigh), that she sings with a jazz band, that she is staying in the same hotel as she is and that Kayleigh’s jazz band will be singing at an event that Irene will be going to with the other lawyers.

Speaking of the sex scenes, holy cow were they intense. The author didn’t hold back on anything. My favorite scene was the one in the shower ;).

The end was a bit of a cliffhanger. Despite my dislike of cliffhangers, I need to read the next book. I need to find out if Kayleigh and Irene will hook up again.

How many stars will I give Cocoa Butter Skin: 5

Why: For a short story (54 pages) this book packs a lot in. I really enjoyed that there was a storyline with this story and the sex was only a small part of it. The build-up to the sex was what got me!!