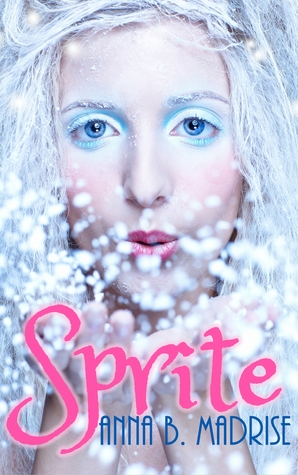 Wild and reckless Blaine Frost takes things too far one night when, after a Christmas party, he drunkenly wraps his sports car around an evergreen tree. With his girlfriend Noel, trapped and unconscious inside the crashed car, he swears he will do ‘anything’ to right his wrong.
His words are heard by a winter sprite, who decides to grant him a second chance by taking him on a journey through his memories in an effort to shine a light on where he has gone astray.
But Blaine is steadfast in his stubbornness causing Sprite to pull out all the stops. She gives him an ultimatum; he has seven days to unearth the virtues of compassion, charity, courage, and joy within his heart or by the final stroke of midnight on Christmas Eve, Noel will belong to Sprite…forever.
When Blaine wakes up the next morning, he finds that all is as it should be or so it seems; his sports car is untouched, the excitement of the holidays is in the air, and his girlfriend Noel…is nowhere to be found. Not only is she missing, but she’s not in a single picture, and none of his family and friends can recall any memory of her. It’s only then that Blaine realizes that the night before wasn’t a dream.
Living in a parallel universe under the watchful eye of Sprite who has turned his world turned upside down, Blaine races against time to honor his word that he will do “anything” to save Noel. It’s a journey of redemption where one man must learn to warm his frosty heart and discover the true meaning of Christmas from within.

As soon as he said that, he hears a young girl’s voice ask him if he would do anything. Thinking that he is hallucinating, he sees a white, bright, small girl with wings who calls herself Sprite sitting on the top of the Porsche. After exchanging some words with Sprite, he tries to get Noel out of the car. Instead, as he starts to pass out, she blows sparkly powder at him and says this rhyme:

Sprite then takes Blaine on a visit of 3 memories/situations that had recently happened and showed what a jerk he was. From telling the homeless man who is panhandling to try to raise money to feed/clothe his sick child to visiting the children’s ward of the local hospital where his mother routinely volunteered and where Blaine refused to set foot in to his job, where his employees were complaining about missing anniversaries and children’s musicals because Blaine would have not been kind about granting them time off to a memory of Blaine thinking that he gave Noel the perfect gift and it ended up not being what she wanted.

Sprite gives Blaine seven days, starting on December 18th, to learn the virtues of compassion, joy, charity, and courage. If he hasn’t learned those virtues in the seven days that she has given him, then Noel will belong to her. With that, she blows the powder in his face and sends him back in time.

When Blaine wakes up, he is in his office. Feeling poorly, and noticing that his assistant has no recollection of Noel, he decides to go home early. He makes the decision to send the office home for the holidays…which is out of character for him. As he calls his best friend to see if he had any clue what happened the night before, he notices that the picture he usually has of Noel and himself from a trip to the Grand Cayman’s has been replaced with a picture of himself holding a drink. Even more baffling was his best friend telling him that he doesn’t have a girlfriend.

He heads to her apartment and is told by the woman who owns the building that no one named Noel lives there. After freaking out on the woman, he heads to the park to collect his thoughts and Sprite makes an appearance. That is when he remembers everything…..

Will Blaine complete his challenges in time? Will he get Noel back in his arms or will Sprite have her forever.

Want to know? Read the book!!

This was a fantastic and imaginative rewrite of Charles Dickens A Christmas Carol. I really liked that instead of having the ghosts of Christmas Past, Christmas Present and Christmas Future, the author reworked it so that Blaine had to learn the virtues of compassion, joy, charity, and courage. It was different and it definitely kept my interest.

I loved how Blaine’s character progressed in the book. He went from being this self-centered, mean and, dare I say it, immature man to a giving, mature man who went out of his way to help others. Granted, he was changing to get Noel back but still, it was wonderful to read. I teared up when he was the hospital, granted it was with T and Cabbott and was helping on the 4th floor. When he was telling the little girl a story and cheering her up had to have been one of the best scenes in the book. It was a definitely a tear-jerker.

I really liked Sprite. The mental image I had of her was this small girl with white, white hair, huge wings, a great laugh and a big bag of invisible snow. Her showing up at the hospital and riding the cart made me laugh. Also, her rhymes were pretty cool.

The end of the book was what I expected in one way but I totally didn’t expect everything that happened. Talk about what a difference in people!!!

How many stars will I give Sprite: 4

Why: Like I said above, this is a wonderful, imaginative retelling of A Christmas Carol by Charles Dickens. For a short story/novella, it packed a lot of punch. The characters were fleshed out and the storylines kept your attention on the story.

Why: Language and mild violence

One thought on “Sprite by Anna B. Madrise”