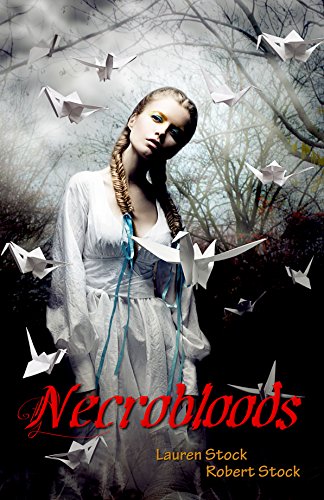 16 year old Celeste Boyd casts Elemental magic. With the great battle coming, she and her best friend Gena are learning more about their abilities. Even more pressing, though, are the basketball finals and the mysterious new boy in school, Carter Wells. Celeste now has to choose between her crush and Carter, who is showing quite the interest. And then there are the crazy dreams with the huge dragon eye…

Another great book from the authors Lauren and Robert Stock. Also, another book that is going on my “must get B when she turns older” shelf. I seriously have a list of books that I am getting her which includes Lauren and Robert’s Tamzin Clarke series.

I liked Celeste. She was your typical teenager with a twist. See, she lives in Salem MA and she can cast Elemental magic. She also plays basketball and is crushing on her friend Gena’s older brother and the popular boy in school. Life is good for her.

Then the principal of her high school is murdered, and she meets Carter, the gorgeous new kid in school. Sparks fly between them, which I thought was cute. Later on, that night, while she was lying in bed, her nightmares begin. The next day, at Gena’s pool party, Luke and Sean get into a fight over her, and Celeste faints. While she faints, she has a bizarre and gross vision involving blood and Luke.

Fast forward a few days, and Gena fills Celeste in on something that her parents had been keeping from her. Every thousand years, there is a war for dominance between Elementals and Spirituals. 10 people from each faction are called to an arena, and they fight each other to the death — the last faction standing rules for the next thousand years. Anyone from the ages of 16 on can be chosen. And guess what, the thousand years are about to be done with. Of course, Celeste is pretty upset that her parents never told her.

From this point on, the book gets pretty impressive. Another character is introduced, Camille, who is a Spiritual and who seems to hate Celeste on sight. Carter and Celeste’s relationship heats up, as does her relationship with Sean. I was wondering who she was going to choose and wasn’t surprised by her choice.

There are a couple of twists in the book that took me by surprise and a couple I did see coming but weren’t prepared for.

The ending of the book was great, and everything was wrapped up perfectly. I was left wondering if there will be a book 2.

I would give Necrobloods an Older Teen rating. There is no sex. There is language. There is violence. I would recommend that no one under the age of 16 read this book.

I am on the fence if I would reread Necrobloods. I would recommend it to family and friends.

One thought on “Necrobloods by Lauren Stock and Robert Stock”