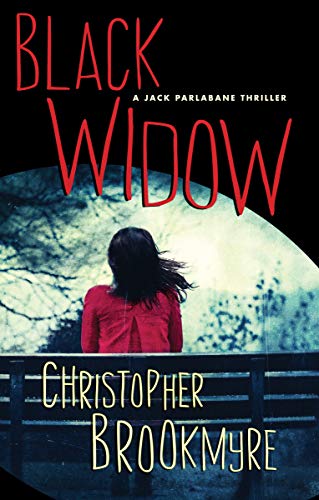 Quite Ugly One Morning – Book 1

Country of the Blind – Book 2

Be My Enemy, Or, Fuck This for a Game of Soldiers – Book 4

Diana Jager is clever, strong, and successful, a skilled surgeon and fierce campaigner via her blog about sexism in medicine. Yet it takes only hours for her life to crumble when her personal details are released on the internet as revenge for her writing.

Then Diana meets Peter. He is kind, generous, and knows nothing about her past—the second chance she’s been waiting for. Within six months, they are married. Within six more, Peter is dead in a road accident, a nightmare end to their fairy-tale romance. But Peter’s sister doesn’t believe in fairy tales, and tasks rogue reporter Jack Parlabane with discovering the dark truth behind the woman the media is calling the Black Widow.

Still on the mend from a turbulent divorce, Jack’s investigation into matters of the heart takes him to hidden places no one should ever have to go.

This is a book where I had to struggle through the first couple of chapters. I was left wondering, did Diana do it? The book begins at a trial, and the author goes between the 1st person and 3rd person.

Diana Jager’s character was a hard one to like and to sympathize with. Her childhood is less than perfect, and her adulthood hasn’t been any better. She wrote a blog that called out Scottish surgeons for sexism in the hospital. Then her life came apart when she was hacked by hospital IT guys, and her personal information was leaked. She is let go from her job and immediately got a new one in Inverness….where she meets Peter.

I didn’t like Peter from the get-go either. He came across as too naive and too nice. Usually, that isn’t an issue, but it bothered me (and I am glad that it did). Plus, he was too secretive with Diana.

Add in Jack’s storyline, and I got a mystery that will kept me absorbed until the end of the book.

The author did a great job of keeping a bunch of things hidden until the end. The ending messed with my mind because what I thought was true ended up not being authentic and it screwed with me.

How many stars will I give Black Widow? 5

Why? This is a genuine whodunit with false leads, red herrings and dead ends masterfully woven into the tale. The fact that this is the 7th book in the series isn’t even a point with me because this is a totally standalone book.

Will I reread this book? Yes

Why? Sexual situations, some language