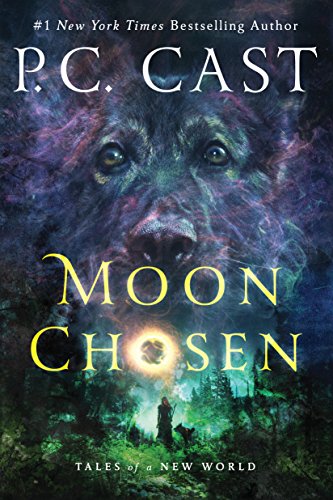 Series: Tales of a New World

Mari is an Earth Walker, heir to the unique healing powers of her Clan; but she has cast her duties aside, until she is chosen by a special animal ally, altering her destiny forever. When a deadly attack tears her world apart, Mari reveals the strength of her powers and the forbidden secret of her dual nature as she embarks on a mission to save her people. It is not until Nik, the son of the leader from a rival, dominating clan strays across her path, that Mari experiences something she has never felt before…

Now, darkness is coming, and with it, a force, more terrible and destructive than the world has ever seen, leaving Mari to cast the shadows from the earth. By forming a tumultuous alliance with Nik, she must make herself ready. Ready to save her people. Ready to save herself and Nik. Ready to embrace her true destiny…and obliterate the forces that threaten to destroy them all.

I am going start by warning you that this book is long, 608 pages. One of the longest I have read to date. But the character and world building in it is beyond anything that I have read before.

Mari is introduced as she is sketching the myth, Narcissus and Echo. It is a game that her mother and herself play to amuse themselves. Mari and Leda are Earth Walkers, and Leda is a Moon Woman. A Moon Woman brings down the moon to Wash her Clan, males of anger and Night Fever and females of sorrow. This has to be done every three days, or the males go, for lack of a better word, batshit crazy.

We also find out that Mari is a half-breed. She is half Earth Walker and half Companion. Companions are a race of people who live in the trees. They have Shepherds or Terriers that are connected to them, and they can read each other’s thoughts. The Earth Walkers live in fear of the Companions. Whenever they appear, people disappear. So it was surprising that a Companion and an Earth Walker fell in love and had a child. Mari was an infant when her father was killed. He was killed for committing what amounts to treason in the Companion society. He took fronds from a Mother Plant and refused to tell where he was bringing them.

The book then shifts to Dead Eye, a young man chosen to be a Harvester of his People, the Skin Stealers. They are a cannibalistic tribe that lives in what used to be cities. Dead Eye has had an epiphany of sorts. He has realized that The Reaper, a Goddess that his people worship, has gone mute. She hasn’t spoken in years, perhaps decades. He realizes that eating the flesh of The Others is killing his people. While on a hunt outside his cities limits, he kills a stag and strips the body of its flesh, which he packs around his cracked skin. It heals him, and he takes it as a sign that he is the Champion. After pronouncing The Reaper dead (well that’s what I got from it), he kills the Watchers, older women, who can speak to her. That’s when he meets Dove, an eyeless brunette beauty who calls herself an Oracle of the God. She becomes Dead Eye’s mate.

We also meet Nik, a Companion who lives in the trees. Nik is upset because he hasn’t been chosen by a Guardian (the Shepherds and Terriers) yet. He is hoping that the newest litter will have a pup choose him. What ends up happening, instead, is that the last puppy of that litter disappears while Nik has taken him down to the ground to use the bathroom. This leads to some pretty significant events in the book that include Mari.

The author does explain what happens to divide a civilization. There were several solar flares that decimated Earth’s population. The flares drove people to the forests, to the trees, or they stayed in the cities. Beyond killing all technology, the solar flare mutated both animals and insects. Spiders and roaches are mentioned, a lot, and I got so skeeved out reading about them. The animals can communicate with their chosen Companions. The remaining people formed into the Earth Walkers, Skin Stealers and Companions.

I am not going to go into the book much more after this because this post would take forever. Friendships are formed, people are saved, people die, and new alliances are formed. I can’t wait for book 2 to come out because I want to see what happens.

How many stars will I give Moon Chosen? 5

Why? A well written dystopian/fantasy. The world building and character building in this book, like I said above, is beyond anything that I have ever seen and I think has spoiled me for other books in the future.

Why? Violence, a scene of the after-effects of rape and a scene of attempted rape.