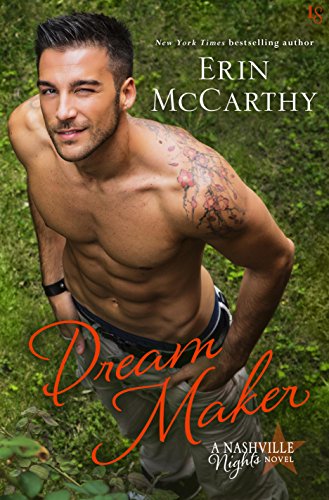 The bestselling author of Heart Breaker returns with another sultry Nashville Nights novel of country hits and stolen kisses, as a one-night stand turns into the beginning of an irresistible partnership.

Shane Hart loves the ladies. Like hit records, he can never have too many. Shane swore long ago never to treat a woman the way his abusive father treated his mother, but his traumatic past has kept him from making any solid commitments—even to a fiery redhead like Avery O’Leery. Shane’s happy enough to rescue her from a tight spot, but that’s as far as their connection goes—until their unforgettable liaison has him rethinking his impulse to love ’em and leave ’em.

Avery has big plans: first, shake the dust of small-town Kentucky from her boots; second, become a bona fide songwriter; and third, keep the truth hidden about her birth father  from everyone in Nashville. Nowhere on that list is she supposed to land in bed with a sexy stranger who rescues her off the street at midnight, especially if that stranger is Shane Hart. Avery’s trying not to fall for the dreamy music producer who could make or break her career. But her best-laid plans seem to be no match for a love that feels like destiny.

Before I write the review, I suggest you guys look at the titles of the author’s book and tell me what song/artist she got the title’s from. I had a clue (the lyrics kept going through my head, but I was drawing a blank on the name of the artist). It wasn’t until I decided to google the lyrics in my head that I got a hit and I was impressed.

Now, let’s get on topic with this review.

I didn’t think I would like this book. It did start on a funny note. The first  two sentences went like this:

Shane Hart never went out of the house with the sole intention of hooking up with women. Getting laid just happened to him.

I giggled when I read that because it set the tone of the first few chapters perfectly. I know I will have people reading what I wrote and go, “What is so funny about a guy who sleeps around. A manwhore?” I have a skewed sense of humor about stuff like that because when the manwhores do fall in love, they fall hard.

Shane is the brother/producer to country star Jolene Hart and her fiance/husband. The night he meets Avery O’Leery, who had been left on the side of the road by her cheating boyfriend, Ben. Shane decides to wait with her while she gets her purse back. The chemistry between them was electric, and I wasn’t surprised when they ended up together. I was surprised that Avery was a virgin when she slept with Shane and Shane was too. I also was surprised that she walked away from her encounter and left him a note that said, “Thanks for being decent.” Of course, he takes it the wrong way.

Fast forward three months later and Avery is doing pretty well for herself. She got her life together within weeks of breaking up with Ben. She landed her dream job as a junior songwriter for a publisher called Rusted Truck. She has fantastic roommates and is pretty happy with herself. But she keeps on thinking about her night with Shane.

She happens to meet Shane again when he stops by Rusted Truck, shopping. They (her boss and Shane) happen to hear her playing a song that she had written and wanted to run it by his sister. While there, he also fuels the rumor mill when he asks her out to dinner. He also asks her if she was pregnant in front of her friend and coworker. I was mentally shaking my head at this point. Avery could get fired because she isn’t supposed to be involved with clients in any way outside of the office.

Avery also has a huge secret that she is keeping. Not going to tell.

Shane has a secret too. His mother was beaten on an almost daily basis by his father, and if Shane got between them, he would get beaten also. He has been affected by what happened (I mean who wouldn’t be) to the point where he doesn’t ever celebrate his birthday. I felt awful for him because he was almost held hostage by what his father did, years ago, and it nearly cost him his relationship with Avery.

The end of the book was pretty explosive. A whole lot of stuff happened and was revealed. But it ended in what I consider a HEA.

Why? A sensual romance that keeps you reading. There was a small lag in the middle of the book but the author did a great job of getting momentum up in the book.

Why? Lots of hot steamy sex, some violence (which includes a fist fight in a music studio) and language.