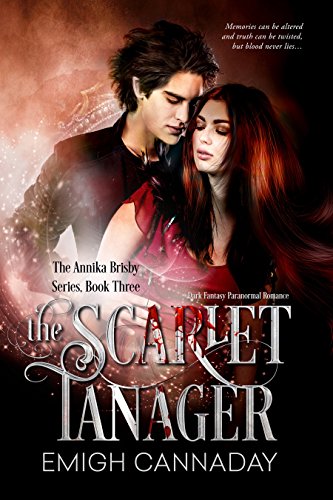 The Flame and the Arrow – Book 1 (review here)

Where to find it: Amazon

“You’re part samodiva. I knew that when I met you. It’s in your blood to be distracted by beauty…and pleasure.” He turned to face her, taking in every sensuous curve of her female form. “You seem to have forgotten that it’s in my blood as well. Whatever shall I do to remind you?”

Scandal. Blackmail. Obsession. It’s just another day if you’re a Marinossian. When Annika disappears without a trace, Talvi launches the hunt for his most infuriating rival yet–a doppelgänger. His only clues about the mysterious shapeshifter are from a government he’s increasingly at odds with. In exchange for access to their resources, he does the unthinkable and reveals Annika’s true nature. Time is short, but the list of names Talvi can trust keeps getting shorter.

Back home at the family’s country estate, his brother Finn is blindsided when the missing redhead turns up covered head to toe with vampire bites and no recollection of how it happened. While his mother tends to her physical wounds, Finn’s given the task of restoring her memory…and he just can’t resist showing her his version of the truth. But playing mind games is like playing roulette–and someone’s luck is about to run out.

The book starts where The Silver Arrow ended, with Annika in the car with Stephan, a doppelgänger, after being kidnapped. There is a close encounter with a police officer, and when the chapter ends, they are on their way to Prague. Reasons unknown but it couldn’t be good. I was scared for Annika during this chapter because I didn’t know what was going to happen to her. The unknown in books scares me.

Back in London, Merriweather Narayanaswamy is called into the London embassy. She is demoted from her position in the embassy. Merriweather screwed up a lot of things. She failed to research Stephan’s, her PA, background. He then morphed into her and stole Talvi’s records, and that was how Stephan got a hold of Annika.

Things further go downhill for her when Talvi and Chivanni discover that Annika is missing. When he finds out that Merriweather was responsible for Stephan kidnapping Annika, he had his revenge. It involves a tied up, drunk elf, and a ton of sex toys. After this, Talvi is mentioned and sometimes makes an appearance during the book, but the focus goes to Annika.

What happened to Annika at the “farm” was disturbing. She was fortunate that Pavlo discovered who she was and let Konstantine know that he had found her. Pavlo cleaned her up, well the best that he could without wanting to drain her blood and waited for Konstantine and Yuri to arrive.

Speaking of Yuri, I can’t stand her. She is spoiled, selfish, and plays mind games with everyone. I didn’t like her in Book 1, was relieved that she wasn’t mentioned in Book 2 but Book 3, I wanted to stake her. She was plain nasty to everyone, including Konstantine, who for some odd reason loves her. Or does he? I have a feeling that for some reason, he is stringing her along. Just a feeling I get.

Konstantine and Yuri bring Annika to Yuri’s parents to be nursed back to health. Annika suffers physical and mental scars from her time at the farm. Asbjorn was tricked by Sloan (his daughter) to kiss Annika’s neck all better, and she stabbed him with a fork in the face. Yeah, ouch. She also has lost all her memory of Talvi.

Which brings us to Finn. Oh, Finn, why did you do what you did? I mean, I understand WHY but still, it was wrong. Paris was supposed to be a one-time thing!!! As Asbjorn said, Finn traded one addiction for another. That addiction happened to be Annika.

The ending of the book was so sad for Talvi, Annika, and Finn. I cried more in those 3-4 chapters than I did throughout the entire book. There are a few other storylines that get wrapped up by the end of the book except for Yuri’s.

How many stars will I give The Scarlet Tanager? 5

Why? This was a heart wrenching but great read. Normally there is a lull after the second book (and I know I said this in the review for The Silver Thread) but this book just keeps on going. No lull at all!!!

Why: Sex and some violence.