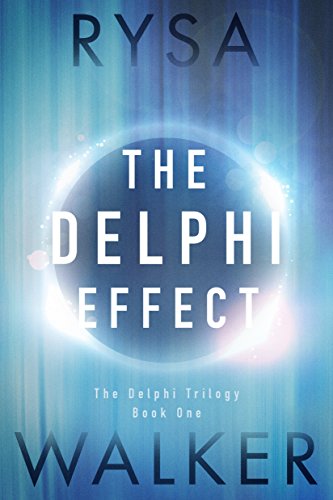 It’s never wise to talk to strangers…and that goes double when they’re dead. Unfortunately, seventeen-year-old Anna Morgan has no choice. Resting on a park bench, touching the turnstile at the Metro station—she never knows where she’ll encounter a ghost. These mental hitchhikers are the reason Anna has been tossed from one foster home and psychiatric institution to the next for most of her life.

When a chance touch leads her to pick up the insistent spirit of a girl who was brutally murdered, Anna is pulled headlong into a deadly conspiracy that extends to the highest levels of government. Facing the forces behind her new hitcher’s death will challenge the barriers, both good and bad, that Anna has erected over the years and shed light on her power’s origins. And when the covert organization seeking to recruit her crosses the line by kidnapping her friend, it will discover just how far Anna is willing to go to bring it down.

This. Book. Is. Awesome.

Not kidding you, it is. I have been reading reviews that have been giving it 5-star reviews. Usually, when I see all 5-star reviews for a book and then read it, I end up not liking it. I am picky, but that’s another post. I am happy to say that this book lives up to its 5-star hype!!!

I loved Anna. She went through so much in her life. She learned rely only on herself and her best friend Deo. Her only constants in her life are Deo, Dr. Kelsey (her psychiatrist) and the spirits that she picks up. Yes, she picks up spirits. Dr. Kelsey labeled them as ibbur (for the good ones) and dybbuk (for the evil ones). They take up residence in her head until she can resolve their issues. Then they can go to the light, leaving her with their knowledge/experiences. Remember the scene from Ghost when Patrick Swayze takes over Whoopi Goldberg to reconnect with Demi Moore? It’s like that except Anna refuses to allow her ghosts to take over her body. Well refused until she picked up Molly at a homeless shelter. She then got caught up in something that she never expected would happen to her.

The storyline for this book was great too. Molly wants Anna to talk to her grandfather and give him the name of the man who killed her mother. That way, he can start to look into her death (he’s a retired detective). But Molly’s grandfather, Jerome Porter, is a skeptic and refuses to believe Anna. He takes her phone, talks to her psychiatrist, and has her investigated. After a meeting with him, where she lets Molly take over her body for 10 mins, he is convinced that she is the real deal. When they were shot coming out of Dr. Kelsey’s, the story takes a huge turn.

The ending was bittersweet. There is an unexpected death of sorts, a reunion and the beginning of a road trip. The author did wrap up Molly’s storyline, but she left the other storylines wide open for book 2. Which I cannot wait to read!!

How many stars will I give The Delphi Effect? 5

Why? A fantastic fantasy/mystery that gets you hooked. I couldn’t put the book down. Seriously, I couldn’t. I read while I cooked, looked over homework, gave baths/showers, did dishes…..lol.

Why? No sex (just one kiss), violence, language. There is a pretty graphic description of Molly’s death and the killing of 3 kids.

One thought on “The Delphi Effect (The Delphi Trilogy: Book 1) by Rysa Walker”