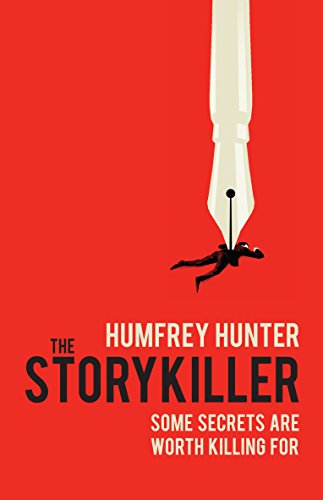 The Politician. The Powerbroker. The Secret.

And the man they want to help them hide it – at any cost. Because some secrets are worth killing for…

Jack Winter was once an idealistic and brilliant news reporter who broke the biggest stories around. But after wrongly blaming himself for a young girl’s murder he changed sides and began killing stories for the rich and powerful, protecting them from exactly the kind of journalist he used to be.

When a new client drags Jack into a lethal world of corruption and long-buried secrets, he finds himself wishing he could turn back the clock, because now he is fighting not just for headlines but his life.

The story is started by introducing Jack Winter as he is standing on a street corner. While he is standing there, a woman stabs him. Later it is revealed that she was the mother of a little girl who was kidnapped and killed. Jack was the lead reporter on the case. While Jack was interviewing the main suspect, the little girl was being held in the suspect’s house. Jack harbors deep guilt over not being able to sense that the child was there. He believes that he caused her to be killed. Make sure to keep this in mind while reading the book. It explains a lot about Jack’s actions during the book.

One day, he is contacted by a businessman named Edward Valentine. He has a job for Jack to do. His friend, Adam Pryor, needs a story killed. Adam will be in the running for the PM of England. He did something foolish. He slept with a 19-year-old girl and didn’t tell her that he was married. She is threatening to go to the media because she was mad that he didn’t tell her he was married. This is where Jack will come in. He will talk to the girl and convince her to not to go to the media. If that doesn’t work and he knows the reporter the girl is talking to, he will go straight to the reporter. He will try to convince the reporter not to run the story.

This is where the story took a couple of unexpected turns. I was expecting the story to be about Jack trying to convince this girl not to go to the media. I was not expecting the story to take the twists and turns that it did. The book went from being dull to me devouring the pages because I wanted to see what Jack was going to do next. It was that good!!

The ending was not what I expected, and I loved it. I was kept on my feet until the last page.

How many stars will I give The Storykiller? 4

Why? This book starts off pretty boring for the first couple of chapters but more than makes up for it!! It is fast paced and keeps you guessing. A great read.

Why? Sex, drinking, drug use and an awful scene of molestation

One thought on “The Storykiller by Humfrey Hunter”