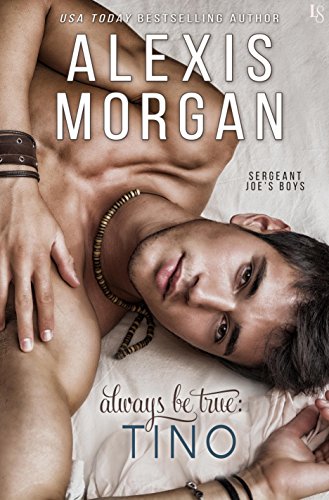 Where to find this book:  Amazon

When Sergeant Joe and his wife, Marlene, adopted Tino Gianelli as a teenager, the foster kid began to heal from his deep insecurities. Now, with a successful military career behind him and a good job as a contractor in the family construction business, Tino shouldn’t have any reason to doubt himself. He’s fallen hard for a beautiful heiress, and she seems to be crazy about him too. So why does he keep trying to hide his working-class roots?

Natalie Kennigan’s ideal guy is someone who will consider her an equal and his best friend, not merely a box to check on the road to success. Tino—with his down-to-earth personality, generous heart, and passionate embrace—might just be the one, at least until he finds out about Natalie’s family money and starts treating her like the typical rich girl who needs to be wined and dined. Natalie will have none of it. She won’t be happy until he accepts her for who she truly is—just as she wants to love the real Tino.

I liked this book. It is refreshing to read a book where the characters don’t sleep together after first meeting each other. The author chose to take it sweet and slow with them. There was Instalust but not Instalove. Instead, the author had them do a slow burn until the end. Like I said, refreshing.

I loved Tino. He was sweet and full of insecurities about his relationship with Natalie. Instead of being himself, he tried to be something he wasn’t, which drove me bonkers.

Natalie, I liked too. She was wealthy, and her parents/grandfather were super wealthy. She didn’t flaunt it though. She was down to earth and funny. I thought she was cute when she first met Tino.

There were some storylines that were dropped. The storyline about her obsessive ex, Benton was a main one. A big deal was made out of people wanting her and Benton getting back together. Nothing was mentioned after the ball. The storyline was dropped. I was waiting for him to do something stalkerish until the end of the book.

Natalie’s bad luck with power tools were mentioned once or twice and then dropped. I thought that the author would have made it a running joke.

Natalie and Tino made a great couple. The author had them go on 3-4 dates before they had sex. I felt that they had more of a connection. I did love the pom-pom reference before the first sex scene. It made me giggle.

This is book 2 in a series. I would suggest that you read book one if you want info on Jack and his family. This is not a standalone book.

The ending was cute, and I loved the epilogue.

Why? This would be great as a beach/pool book. The plot was solid, to a point, and the characters engaging. There was a problem with one of the sub-storylines just being let go in the middle of the book, which really threw me off for the rest of the book. Also, the plot lagged and almost lost my attention.

Why? Language, sex scenes and a pretty descriptive mugging scene