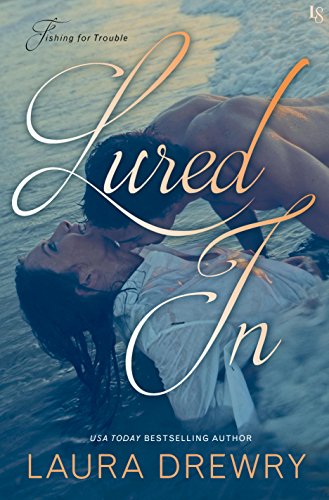 Where can you find this book: Amazon

The O’Donnell brothers continue to cast their lines and find love in this alluring romance from the bestselling author of Off the Hook (“A must-read for fans of second-chance love stories.”—Lauren Layne).

Seasick. That’s how Jessie Todd feels when her best friend and boss, Finn O’Donnell, tells her that the Buoys will be featured on a popular fishing program—which just so happens to be hosted by a guy she used to date. She’s still friendly with her ex, but her new feelings for Finn are making things . . . complicated. His life is out on the sea, and though Jessie works at the resort, her paralyzing phobia of water keeps her on land, where she’s safe. To take a shot with Finn, she’ll need to face her fears—and her innermost desires—head-on.

Finn has been nursing a crush on Jess for a long time, so when she suddenly asks for swimming lessons, he dives right in. Holding her shaking hand as she steps into the ocean makes his heart swell—despite the sinking feeling that she’s just doing it to impress that smarmy TV host. Finn doesn’t trust anyone with his bruised and battered heart, but he’ll be forced to lay it all on the line to keep Jess from being the one that got away.

This book is more profound than what the synopsis says. The backstories (Finn and Jessie’s) were complicated and heartbreaking. Finn was the last one to see his mother before she took off. He overheard her soul breaking words “Finn was a mistake.” He was seven at the time. He took years of physical abuse from his alcoholic father. That did a number on his self-confidence and self-esteem. Jessie holds herself responsible for the drowning death of her older sister. She had to deal with parents who stopped being there for her. My heart hurt for both of them.

Jessie was awesome. She was a wonderful character to read. She faced her fear of water on top of running the Buoys. She had such positivity to her that it radiated off the page. I loved it!!

Finn was such a down to earth guy and such a great friend to Jessie. He would do anything for her. When they did make that leap into having a relationship, he waited almost a month before having sex with her. He was her friend first, lover second.

The romance between the two of them was believable. Finn and Jessie were friends who fell into love and did it in such a gradual way that it grew on me. The sex was hot but not too descriptive. The author did not feel the need to describe everything that they were doing. Which was great because I got to use my imagination.

This book is the 2nd book in the series, though, and it did read like one. There were certain sections where I was left scratching my head and going “Huh.” I believe that if I read the first book, I would understand the nuances in this book better. So not a standalone novel.

The ending was what I expected. The twist I could see coming from the middle of the book. It was an excellent lead-in for the 3rd (Ronan’s) book.

Why? I would call this a beach book. The plot was good, the characters great (even though Olivia annoyed me…btw, I would love to see an LGBT romance with her) and the romance was satisfying.

Will I recommend? Yes

Why? Sex and language

2 thoughts on “Lured In (Fishing For Trouble: Book 2) by Laura Drewry”